That one and the same question is a good question to ask. So, let’s evaluate this.

A Historic Perspective to Start With

To answer the question “Is England Part of Europe” or “is Britain part of Europe” we need to go back a long time. A really long time… Well, 6,500 years ago it certainly was, thanks to a land bridge that linked it to the European Continent and allowed people to migrate along the Atlantic coast from the Iberian peninsula. This is reflected in recent research which indicates that, far from being an essentially Anglo-Saxon race, the English have a much stronger genetic relationship with the Basques!

So, indeed, that long ago, the question “Is England Part of Europe” or “is Britain part of Europe” would have to be answered with a “Yes…” But let’s continue. 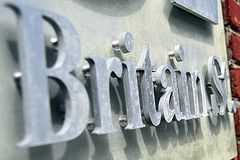 The English are convinced that they are viscerally different from their Continental neighbors (NB: so far we have only talked about the English, while the terms ‘Britain’ and ‘British’ also include the Scots, the Welsh, and the Ulstermen, the people of Northern Ireland. This distinction is an important one because the others tend to indulge less in the sort of silliness that the English often, knowingly, practice).

They all owe their ingrained prejudices about the Continent to a variety of experiences that date back to at least the year 1066 (the only historical date the average Brit remembers). This was when the Normans invaded the island and introduced a class system: the Normans became the land-owning nobles and the Brits stayed the plebs.

The conflict between the Continental system of Roman Law and the grassroots British approach to Common Law has a lot to do with these prejudices. Within 50 years of the Norman invasion King Stephen, grandson of William the Conqueror, had his experts formalize the island’s laws on the strict understanding that they should exclude any influence from the more complex Roman Law.

The tendency of the British to mistrust Roman influence in both the legal and religious spheres – a mistrust now directed at Brussels as the home of the European institutions – is ingrained in British thinking. It has been reinforced by other major events such as, on the English side, the secession from the Church of Rome engineered by Henry VIII, and, on the Continental side, by the radical rationalization of public life under Napoleon.

Napoleon’s initiatives in efficiently organizing a messy reality, by insisting for example that all traffic should keep to the right of the road – except Britain, even today – prompted the British historian Thomas Carlyle (who happened to be Scottish) to comment in his book The French Revolution 150 years ago: “Of the continental nuisance called ‘Bureaucracy’ I can see no risk or possibility in England. Democracy is hot enough here, fierce enough, it is perennial, universal, clearly invincible…”.

For the British, bureaucracy is a very dirty word, even if there is more of it at home – and often worse – than on the Continent. It helps explain one of the great British shibboleths: the sustained belief in the value of self-regulation, when time and again such attempts end in disaster: the Lloyds insurance exchange, the London stock exchange, and now the issue of regulation to curb media excesses. Avoid government intervention at all costs!

The British have always survived on myths. The most pernicious of them find expression internationally in a sense of feeling different from their European neighbors (partly justified!) and domestically in awareness of class distinctions. Other key features include a love of tradition, a distaste for regulation, and the cult of the amateur…

Jane Kramer, perhaps the most perceptive transatlantic observer of the Old World, says this in her book, Europeans: “The English produced the most class-ridden society in Europe, and in some ways, the most aggressively self-deluded – and for centuries managed to hold it together by pretending that responsible social cooperation was a natural expression of Englishness, rather than the protective accommodation of citizens to one another in a free country.”

Maintaining British myths has been one way of compensating for the poor government. Those in power have often resorted to a blend of self-indulgence and schoolboy arrogance that prompted one British political commentator to describe them as “a distant, detested and self-interested class.”

This brings us to the 2017 referendum proposed by Mr. Cameron – a stratagem worthy of the British political tradition of double-talk. If that referendum were held today, the British public at large would certainly vote for withdrawal from the European Union, while the business community would not.

The Great British Public is not only uncomfortable with the Continental way of doing things differently, but it is also particularly ill-informed on the realities. The Europe that most Brits know is cut-price hotels and holiday villages on the Costa Blanca or weekend ‘blinders’ for the lads in Prague or Budapest.

So they are not likely to have much to help them arrive at a balanced judgment at the 2017 referendum… If it ever happens!

Well, as you know the referendum indeed did happen on June 23rd, 2016. Even a year earlier than I expected. And we all know the outcome now. So, is England part of Europe, and/or is Britain part of Europe?

Well, we’re not done with this yet. Enough people realize that what they voted for was not what the consequences were; many of the Leave voters voted against the government of David Cameron. Many people (at the time of this update there were over 4 million) people have asked for a second referendum.

And Europe seems to be done with Britain as well. “You said No, so leave” seems to be the overall tenure. At least in Brussels.

(the main keyword for this article is, Is England Part of Europe and is Britain part of Europe. Make sure to browse around further for more reading)

Liked what you read? Click here to read what the impact of Brexit is on UK business

Read an article about the Euregio here (Belgium, the Netherlands, and Germany).

Another article by Richard Hill can be found here.

We noticed you're visiting from France. We've updated our prices to Euro for your shopping convenience. Use United States (US) dollar instead. Dismiss