The German Culture and German Humor

Driving up through the Ostkantone on the motorway to Aachen (Germany) prepares you for what lies ahead. There is an orderliness about the architecture that contrasts 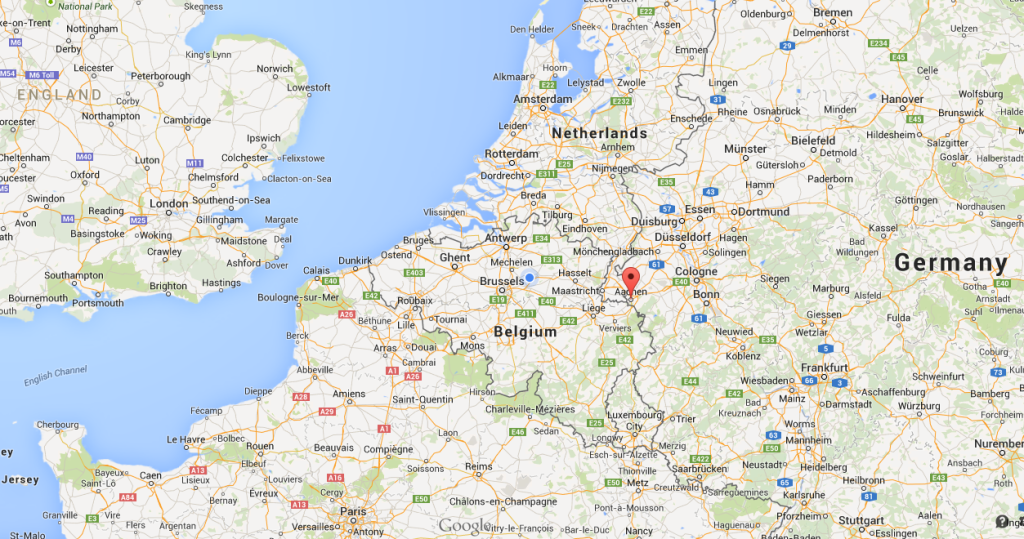 starkly with the anarchy you are leaving behind in Belgium.

In my book We Europeans I dwelt on two aspects of the German psyche: first, the importance of what I call the “Social Consensus Effect” (SCE) and, second, the role of a sense of mysticism to balance the compelling need for order and discipline in the German mind. Ultimately, it all comes back to order and organization. As a German socialist poster declared before WWII: “Rot ist richtig, aber Ordnung muss sein!”

Traumatized by their history as a country composed of a mass of mini-states facing uncertain events and powerful neighbors, Germans organized their societies to counter the fear of the unknown or unpredictable. They developed a defensive culture of self-reliance, legal barriers, strict adherence to time deadlines, a matter-of-fact and direct manner of communicating, and profound respect for specialists, qualifications, and titles.

But it was only some years ago that I became aware of another striking characteristic, a sense of territoriality. This was brought to my attention in two ways. First, I happened to read what Edward Hall, the American anthropologist, had to say about this in his book Understanding Cultural Differences: “Many Germans feel hemmed in geographically. For the German, space is sacred. Homes are protected from outsiders by a variety of barriers: fences, walls, hedges, solid doors, blinds, shutters, and screening to prevent visual or auditory intrusion.” Sounds a bit like Belgium…

Secondly, I was exposed to the phenomenon personally when I unwittingly took a table in a self-service restaurant that a German had already appropriated. I had wrongly assumed that the copy of Bild Zeitung he had left there on his way back to the service counter had simply been abandoned. But no, this was the way he staked his claim. Maybe it would have been different if I had asked him if I could share his table: after all, Germans are often politer than foreigners.

At about the same time (and very belatedly by many people’s standards) I became aware of the stories told by the British about the Germans and bathing towels. You know the scenario: on holiday the Brits stagger down to the swimming pool with awful hangovers and find all the Germans already there with their towels laid out in the sunniest spots. This story has now achieved the status of an urban myth, yet it is too close to reality never to have happened. Moreover, it has been the subject of a hilarious commercial by Carling Black Label beer, shown only on British television of course (watch the video below).

In the year 2000, the INRA research company conducted an opinion poll across Germany. One of the questions posed to respondents was (I lie not): “Do you want a fence around your garden?” A foreigner might think this is a trivial issue for a public opinion survey, but evidently not. No less than 82 percent of East Germans said “Yes” to the proposition while 56 percent of West German respondents also concurred.

The most eloquent confirmation of this German sense of territoriality and garden limits came in a German TV interview I witnessed just after the dramatic floods of 2002. One of the unfortunate victims, a resident of Saxony, told his interviewer that, in order to reach his property, he had asked his neighbor for permission to row over his back garden!

Innocent foreigners might have thought that the pressure of events – or the fact that it must have been difficult to determine the neighbor’s territorial limits when they lay under a couple of meters of water – would have rendered the request irrelevant. But no! Instinct allied with a natural German sense of politeness prevailed.

Territoriality is linked to the German urge to compartmentalize things. Give a German politician a new issue, and he or she will create a committee (Ausschuss). Even unmanageable things like the day’s news get the same treatment: rather than telling things as they are, actuality is packaged as ‘Themen’, making it more digestible for the well regimented German mind, but losing some of its authenticity in the process (of course, there is no such thing as ‘the well regimented German mind’, but just millions of minds: Germany is made up of many different cultures and mindsets, with vast differences from North to South and from East to West).

A lot of people – in particular, my compatriots, the British – are convinced the Germans lack a sense of humor. They rarely have occasion to check out for themselves, because most of them don’t even speak a word of German. This misconception is endorsed by the British business community, who will actually use humor “to break the ice” in negotiations.

To the German mind, this is a breach of protocol: negotiations are serious business and should be conducted accordingly. Like the day’s news, behavior is compartmentalized.

Gone are the days when, as a German friend of mine put it, “for us Germans, humor is no laughing matter.” The fact is that German humor, when displayed, is every bit as lively as English humor, without achieving the sheer range of the latter. I learned this when writing Sharks & Custard, an anthology of styles of humor in Europe: the chapter on German humor turned out to be the longest in the book…

To read an article about humor and culture, you can find it here.