Let’s Talk About Humor in Culture

Consider this phrase: “If you ain’t Dutch, you ain’t much…”

Please, don’t switch off, but please read on. Now ask yourself: is this funny or not? Chances are that it was, or it was not. In other words, it depends. On what? In your culture. Your cultural background determines what you consider funny or not funny. Let me explain.

Consider this photo below. You probably know this person (Mr. Bean). My question to you is: how would you 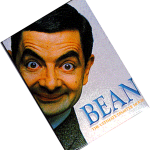 characterize the British sense of humor? So not per sé the Mr. Bean humor, or your personal humor preference, but the typical British keywords that describe that typical British humor. Chances are that you come up with items like Dry humor; Black humor; Cynical humor; Self-deprecating, etc. Maybe a few more or a few less.

Now consider the person in the picture on the right. This is a Dutch comedian/presenter 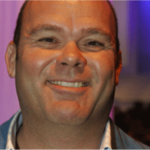 called Paul de Leeuw. Well known in the Netherlands. Now how would you describe “typical” Dutch humor, should you know any? Here are a few examples: Cynical; Usually over the top, with many or often sexual connotations; and diametrically opposed to British humor making fun of others (whether they’re there or not). There could be more, but let’s leave it at this.

Finally look at our last example on the left: German humor. 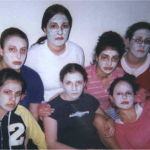 My experience is that most people (including the Germans!) will say or think something like: “they have no humor…” Now is this fundamentally true? Of course not. Germans have a sense of humor, just like everyone else. The only thing is that German humor is considered a serious matter. Humor in Germany has a time and place. These three countries are geographically very close to each other, and yet they all have a very different sense of humor. Considering the three examples just given, and considering the fact that humor, in general, is something you hopefully experience every day, my question to you is: If humor is already not Culturally neutral, is there anything that is Culturally neutral?

In my humble opinion and experience, there is nothing that is Culturally neutral. Not even humor in culture (nor is retail business, Brexit, football, etc). Read this article to watch a video about humor in culture.

Read an article here about humor and the impact on social media; what do we find funny?

I’m curious to hear your opinion or examples of possibly Culturally neutral examples. I haven’t found them yet…