How to adapt to a different culture

How to Adapt to a Different Culture [4-min read]

A few years ago, I wrote an article called: “When in Rome…Act Normal.” It related to a visit by Dutch Prime Minister Mark Rutte to Atlanta as part of a trade mission. When he took the podium to address an audience of businesspeople and politicians, he smiled and opened with: “We are the best!” He then added: “I am in the USA, so I will let go of that European attitude and just say it. We are the best!” The audience laughed and applauded. Did Rutte learn how to adapt to a different culture?

I know, I know. Define “normal“, right? As a Dutchman who lived in more than eight countries and now lives in the US, I still like to use a Dutch phrase, which loosely translates into: “Just act normal, that is already crazy enough.” There is a serious downside to the Dutch habit of avoiding standing out and the Dutch can even frown upon others proudly and openly so. However, there is an upside as well. It relates to the famous phrase of “When in Rome, Do as the Romans Do“, which provides a clue about “How to Adapt to a Different Culture”. Just maybe not what you think. 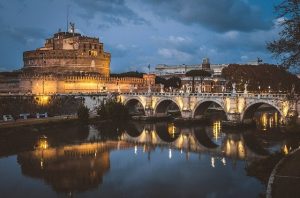 Of course, in the mentioned example, it was not only Prime Minister Rutte who gave a speech, and so did Karim Reed, the then-mayor of Atlanta. He of course also suggested that Atlanta was the best city in the US for foreigners to invest in. Nobody laughed or applauded. It was simply expected that an American mayor would promote his city as being simply the best. No need to adapt to a different culture. Rutte and Reed were able to get their messages across because they were aware of their audience. Both were normal or just crazy enough.

Reed was an American mayor, delivering a speech in the US. It worked. Rutte was a Dutchman delivering a speech in the US and didn’t try to act as an American in Atlanta. He just lightly joked about a cultural difference and moved on to being himself. I find it terrible advice to embrace the cliché phrases of “When in Rome, Do as the Romans Do” or, for example, “Treat Others as You Want to Be Treated“. Just imitating or mimicking the behavior of a foreign culture will come across as awkward and probably does more damage than it any good. Also, why assume that others want to be treated like you?

How to Adapt to a Different Culture, also When in Rome?

What to do then? How to adapt to a different culture? Well, in international business, as the header suggests, please don’t act as Romans when in Rome. Just take a step back and observe and only embrace one assumption: that there are differences in cultures and how business is conducted. Let go of all other assumptions. Above all, the observed differences should not only be recognized but also accepted. Only then trust will be established, which is of course a necessary ingredient of a successful venture across borders! Act normal. Crazy enough.

Want to listen to more or connect on LinkedIn?

Please check out our podcasts and webinars! Link with Chris & Peter on LinkedIn. And If you want to learn more about how to work with international virtual teams, read this article.