Dutch Culture vs American Culture; USA and the Netherlands

In this article I want to talk specifically about:

The inspiration for this article came from a reader who asked me the question following question: “what problems could arise if a Dutch person would communicate with a North American customer base?“

Furthermore, I’ll identify the differences between the US and the Dutch in the following ways:

For more on these dimensions, read this short article

Only on the dimension Goal Orientation, there is a significant difference (significant is any difference of 10 points or more). A difference that does cause friction when Dutch culture vs American culture work together. 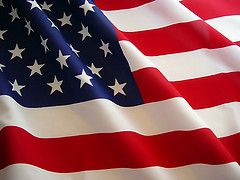 In addition, American culture is characterized as being very competitive, or Goal Oriented. Not only is there competition between companies, but competition on the work floor between colleagues is also very common. In general, this is seen as fair play; you be your best and I’ll be my best. Let’s see who is the best.

Finally, American companies are masters at collecting data and statistics from and about pretty much everything. This is not because they have such a strong need to structure everything. These data and numbers are used to beat the competition; they’re used to win, which in American culture is very important. And to a Dutchman, winning is not really that important, since the Dutch are much more Process Oriented (with a score of 17)

As a Dutchman, you’re strolling in a big US shopping mall. When you stop and stare into a shop, you’re very quickly friendly greeted by an American working there with a “Hi, how are you?“.

It’s not that Americans are interested in how the Dutchman is really doing, it is just a friendly greeting. However, most Dutch find this way of greeting/communicating quite superficial.

Or this illustration about Dutch culture vs American culture: Americans use words like “awesome; great; fantastic; outrageous; etc.” much more often than the Dutch do. For the Dutch, things are more “nice; ok; not too bad; etc.”

The practical implications of Dutch culture vs American culture (mainly the dimension Goal Orientation) will come down to the following items:

No doubt there are more so-called typical differences (if you know of a couple, please add them in the comments below!). But the differences mentioned above are all real and very practical.

So what should a Dutchman do to make his or her business efforts a success?

Below are a number of tips that a Dutchman can do to let the business process go a bit smoother.

There will be more tips to consider, also depending on your personal situation and context. But hopefully, these tips will be of some help to understand more of the differences between Dutch culture vs American culture.

Do you have more practical tips on Dutch culture vs American culture? Share them at the end of this post!

image by Serfs UP ! Roger Sayles