One or None? Is this One Region?

Americans crossing the Atlantic often say they’re going to “Europe” thinking it’s all the same over there. And they are, but as we Europeans know, Europe is one continent but not one country. Europe is the most culturally diverse place in the world. With the emphasis on “culturally diverse“.

Having said that, can we speak of one Nordic culture or Nordic cultures? Well, yes and no (but keep on reading and watch this short, 3-minute, video too).

But… if you are from a Nordic culture or country you will certainly see the difference between what they call the Nordic area.

From a cultural standpoint, you can argue that the Nordic region indeed forms one cluster; the Nordic Culture Cluster. 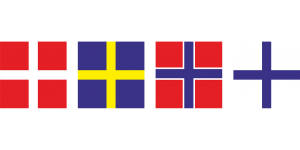 Let’s list all the countries that belong to the Nordic culture:

If you want to put the scores of the Nordic culture in a table it looks like this:

For more info on each of these primary cultural dimensions, click here.

As you can there are some differences within the Nordic culture but it is not overly dramatic.

Doing Business With the Nordic Culture

When it comes to doing business with the Scandinavian culture the approach and pitfalls are generally the same (providing you’re not from a Nordic culture yourself).

Hierarchy: is relatively low in all Scandinavian countries. This means that the boss is not really the boss but, in the eyes of his (and often her) colleagues, only has a different function; there are so-called functional hierarchical cultures. There is a relatively large and broad amount of delegation in the hierarchy.

Loyalty: All Nordic culture countries are individualistic. This means that their loyalty lies with themselves, rather than with the group they belong to. For non-Scandinavians, this is often confusing, because they see these countries as very social and taking care or each other in their society. But this is because of their low score on Goal-orientation.

Goal-orientation: this is a common trademark of all Scandinavian culture countries: they are all much more process-oriented than goal-oriented. This means that there is a lot of consensus-seeking amongst the stakeholders, decisions are taken in principle and are hardly ever edged in stone.

Predictability: is the dimension that differs most between these countries. Whereby Sweden & Denmark score the lowest. But only when you’re from any of the Nordic culture countries will you notice the differences.

Scandinavian Culture and the Forgotten Countries

It sounds logical when talking about Nordic culture or Scandinavian culture to think that’s it. But there are a couple of countries that also follow the same cultural profile as the Nordics do. Namely the Baltic states and the Netherlands.

The Baltic states are “too young” to formally add them to the Scandinavian culture but I think it will be highly likely that they follow the same cultural pattern.

With certainty, I can say that the Netherlands very closely follows the Nordic culture profile. See the updated table below with the numbers for the Dutch added.

Clearly, you can see that the Dutch are a Scandinavian country that is geographically displaced… 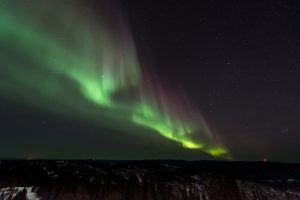 When it comes to Swedish culture, they stick out in their low(est) score on the third dimension: goal orientation. This makes them the strongest consensus seeking nation in the world.

Swedish culture also seems to be the “biggest” at pretty much everything; land mass, inhabitants, GDP. For a clear overview of the differences, click here.

From my own experience with Swedish culture, I can say that the need for finding consensus among all stakeholders is really strong. Decisions are taken by the group, take long, and never seem to be permanent but more often “in principle”.

Having said that, Swedish culture has produced and is producing a number of very successful organizations. Think of Ikea, Volvo, and Spotify (Nokia is a Finnish company).

If you want to read more about a specific case study involving Nordic countries, click here.

Any remarks or comments? Leave them below.

Would you like to know more about doing business with the Nordic culture (or Dutch culture), get in touch with me now.