This article will give you an insight into the values, attitudes, and culture of the French, especially when it comes to doing business in France.

I will also discuss the typical France business culture and how Paris differs (or not?) from the rest of France, and finally, we’ll look at some useful facts about France culture.

To get you motivated to read this article, watch (part) of this 6-minute video that will show you some of the most beautiful sites and most interesting facts about France.

This article is not about current facts about French business culture. I will not dive deep into learning how to speak French, or about the rich history of France. If you’re interested in those, you can read them here:

But in all seriousness, this article will look at the French from a business perspective and France business culture.

This article focuses on facts about France culture and doing business in France.

Business executives who hope to do successful business in France should learn about its culture and customs. Moreso, flexibility and cultural adaptation should serve as the guiding principles for doing business in this country.

Doing Business in France; Some Facts and Figures

What are the most interesting facts about France as a country?

Paris and the Rest 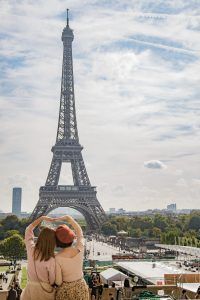 When it comes to doing business in France and typical France business culture, I often hear the French claiming that Paris is like an island within the country (the region where Paris is located is indeed called Île-de-France). For the French themselves that might be very true.

But if you’re not from France yourself, and you haven’t lived for a significant time in that country, you will probably not be able to tell the differences between someone from Paris, Marseille, or Bordeaux…

If we take a look at the four primary dimensions of culture and compare those of France with other countries, the unique cultural profile of France is clearly visible.

NOTE: Any score less or more than 10 points is significant when it comes to a noticeable difference.

As you can see, compared to Germany and the UK, the French score relatively high on hierarchy, and are still quite individualistic (the 75 score on Loyalty). This makes that the French will accept (not per se respect) that they have a boss, but, if or when the boss does not pay attention, might pursue their own individualistic agenda.

For that reason, it is important to informally inspect what your (French) people are doing. This way of management style or doing business in France would very much demotivate a Brit or a German worker.

Another striking difference between the other three countries in the above table is the relatively high score on Predictability by the French. What does this mean?

A couple of things would jump out:

There are lot more aspects that fall under this Predictability dimension, too many to elaborate on here. But check out this link where I recorded a clear explanation of what this dimension entails.

You can read more about these dimensions here: https://culturematters.com/the-four-major-dimensions-of-culture/

What are the Business Etiquettes in France? 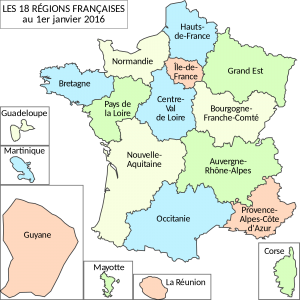 France’s business culture is strongly guided by a number of unique customs.

When it comes to business etiquette, being aware of French business culture and customs can be the difference between landing an important job or crucial client, or offending the French, and walking away empty-handed.

Of course, there is much more to the France business culture and France facts about France culture and its customs.

I hope that with this article you will have gained more insights into France’s business culture and doing business in France, along with some facts about France’s culture.

Are the French autistic? Read the article here.

Do you have questions about the above article? Do you know more about French culture and how to do business in France? Email me or post a comment below.