Why the Belgians Hate the Dutch So Much

There are many countries and regions that share a border and a language. Here are a few: 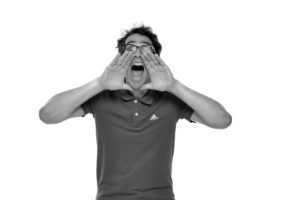 And then there are Belgium and the Netherlands (Ok, the Dutch-speaking part of Belgium).

My statement is this: “There are no two countries that share a border and a language that differ more than Belgium and the Netherlands.”

Quantify the Differences between Belgian and Dutch culture

As you might know, I’m using an updated version of the so-called Hofstede model to quantify the differences between Belgian and Dutch culture. Below is a table that gives you an overview of the above-mentioned countries and their respective score on the updated Hofstede model.

For a more extensive overview of these dimensions click here.

As you can see the biggest difference across the four dimensions is between the Netherlands and Belgium. Of course, there are countries that differ more, but the criteria here are two countries sharing a language + a border.

The Love-Hate Feeling between Belgian and Dutch culture

So how do the Belgians see the Dutch?

Well, it is not really hate. In fact, I don’t like that word at all. It is more in the form of the saying “A love-hate relationship“. On one side there is a dislike from the Flemish towards the Dutch and on the other side, there is a certain form of liking for the Dutch as well.

What the Flemish dislike about the Dutch is that they are so loud, they talk too much (if not all the time), their humor is vulgar, and they are way too direct to the likings of the Dutch-speaking Belgians.

Now you might think that that is quite a lot of dislike, and that is true. The best piece of advice I got one day from a Belgian lady in answer to my question about how to do better business with the Belgians as a Dutchman was: … (she took a long pause) … “Simply be quiet. Shut up and listen for once“. After that comment I was quiet 😉

Next to the number of dislikes, there are also likes. Here is a couple: The Flemish admire the Dutch for their speaking abilities. This might sound contrary to what I said earlier, but when it comes to public speaking, the Dutch tend to be appreciated for their verbal abilities.

At times, the Belgians envy the Dutch entrepreneurial spirit. Compared to the Belgians, the Dutch are much more innovative and ready to try out new things.

I once met a person from West Flanders who had developed a product that would help car leasing companies save about 2-3% on their fuel costs. You would think every car leasing company would jump on it. But no. He tried to “sell” his ideas in Belgium, but couldn’t get a foot in the door. He then tried the Dutch market and was in business in no time.

One other example of Dutch entrepreneurship is in e-commerce. In the Netherlands people buy much more online than in Belgium (although the Belgians are playing catch-up), and the Dutch have been buying online longer than the Belgians. Belgians are more conservative and prefer to stick to what is familiar. As a consequence, two big Dutch e-commerce companies, Bol.com & CoolBlue, have taken control of the complete Belgian e-commerce market when it comes to electronics and consumer goods.

Overall I think that there is more dislike than like, typically when it comes to doing business between the Dutch and the Belgians. The Dutch think they have a deal while the Belgian is only considering all his or her options.

You could say that for the Dutch it is more difficult to do business in Belgium. They start with a -1 – 0 score in a way. For the Belgians, it is easier to do business in the Netherlands. The Dutch play checkers; a game that is pretty straightforward. The Belgians play chess; a very sophisticated think-ahead game.

Want to read more about Dutch culture, read this article.