Why the Dutch are Everywhere

“The Dutch are everywhere!”, have you heard that phrase before? It’s one of those things that is often said when you randomly meet a Dutch person where you least expect to meet a country(wo)man. The Dutch have a strong history of traveling and negotiating and everything that comes with that. They are not afraid of crossing their borders and exploring new cultures.

About a year ago my husband and I moved to São Paulo, Brazil. In preparation for this move, we took Portuguese lessons at the Embassy of Brazil in Panama (where we lived at the time). The first thing my teacher told me was: “you won’t miss Holland that much, there is a lot of Dutch in Brazil.” At the time, I thought he referred to the Dutch expats in Brazil, which did not sound surprising to me; the Dutch are everywhere, and Brazil is a country the size of a continent. Today, however, I think he did not refer to the Dutch people, but to the Dutch products in Brazil. There are so many!

Let me give you a few examples. 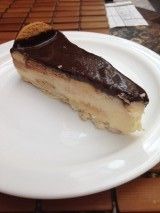 First, I learned about the Torta Holandesa. I was intrigued; I’d never heard about a Dutch pie and if you’d ask me to name a Dutch pie I’d say apple pie or “vlaai,” those delicious pies from Limburg (the most Southern province in the Netherlands). Eager to try, I rushed to one of the pastry stores in our neighborhood and tried my first torta Holandesa. A creamy pie (not cheesecake) made with Marie biscuits and chocolate. Nice, but there was nothing Dutch to it.

At a fruit and vegetable market, I stumbled upon Batatas Holandeses (Dutch potatoes). Confident about my language skills, I asked the farmer about it. He explained this was a type of potato produced in Brazil and he had no idea why it was called Holandês. 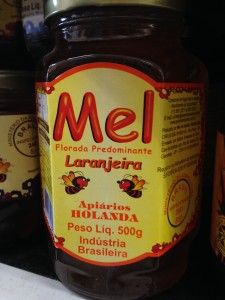 Another interesting widely available Dutch product in Brazil: is honey. Are you frowning? So was I when I first saw this in the supermarket. The package says the honey is made from Dutch beehives. Jep. Honey from Dutch bees. I had no idea. And there is more: Vagem Holandesa (Dutch peas), Tomate Holandês (Dutch tomatoes). Seriously!

How did all these Dutch products enter the Brazilian market?

Maybe they came along with the Dutch immigrants that arrived in Brazil after WWII. Searching for a better future, many Catholic farmers decided to pack their bags and start over elsewhere. In Brazil, they established a community called Holambra (after Holland – America – Brazil), and later several more communities were developed. Nowadays, Holambra is a well-known tourist attraction for Brazilians. The town has a typical Dutch street with tiny houses where you can find Dutch delicacies like stroopwafels, arretjescake (heavy chocolate pie), poffertjes (Dutch pancakes), and kroketten. And considered to be the largest in Latin America, there is a windmill.

Holambra’s main attraction is the yearly Expoflora, a flower festival. Attracting about 300.000 visitors, the festival shows why Holambra is called the Cidade das Flores (Flower City), completely decorated with a flower parade, traditional Dutch costumes, and the Klompendans (see video). Brazilians love it. I think it’s rather funny. To me, it’s all more like a Dutch museum.

In addition to interest in Dutch products, Brazilians seem to be excited about Mexican products lately. Stores selling Paletas Mexicanas (Mexican popsicles) pop up everywhere. Some neighborhoods even have four stores at one crossing. And we’re talking about an ice lolly. The paleta is fruit-based ice cream with a creamy substance like sweet condensed milk or chocolate inside. Delicious. Yet, reliable sources have told me no such thing exists in Mexico.

So, what’s this all about?

My guess is that it’s all just great marketing. Brazilians love foreign influences. And since Brazilians need to travel far to get to another culture, they embrace whatever other cultures bring into the country. Whether it’s truly foreign or smartly designed, here it seems to sell. One of the powers of cultural differences. 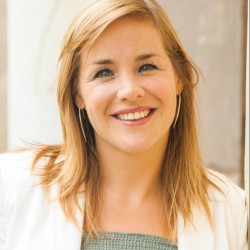 Karen Smits
Karen Smits is an international expert in Organizational Anthropology. Her doctorate thesis Cross Culture Work: Practices of Collaboration in the Panama Canal Expansion Program receives much attention in the project management world, and beyond.
Based in São Paulo, Karen is active as a Business Culture Consultant supporting companies and employees in developing cross-cultural collaboration, organizational change and growth initiatives. She is often invited as a speaker, develops workshops and delivers training and coaching on intercultural collaboration in the workplace.