“The Dutch like Italian Pizza and the Italians like Dutch football.” With this unforgettable quote, the former Dutch CEO of KLM dismissed the cultural differences between the Italians at Alitalia and the Dutch at KLM. In 1999, KLM Royal Dutch Airlines and Alitalia embarked on an ambitious initiative to merge the two companies and form a larger European airline. Already in early 2000, the alliance was considered a failure. What happened?

By emphasizing the word “development“, an important variable gets introduced. The variable of time. “Development” suggests that effort is needed to find the right match, whether it is matching the right product for the demand or finding the right customer for the product. And, yes, finding the right merger candidate for international expansion.

A simple Google search on international mergers will tell you a frightening story: the majority fails, or possibly as bad, some get stuck in a miserable marriage.

By sending an email to a foreign email address doesn’t mean that your international business expansion has been initiated. We, the writers of this article, were part of the KLM and Alitalia debacle 20 years ago and afterward developed international careers. 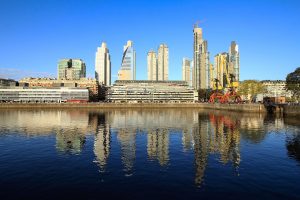 That experience allowed us to not only look back at the mentioned Dutch-Italian debacle more clearly, it also made us become even blunter than the average Dutchman: “You cross borders, you bump into cultural differences“. You may deny it or brush it off as irrelevant. Or, you may recognize it and not like it.

“You can deny gravity, but that doesn’t make it go away.”

If that is understood, from there it is an easy path forward. Right?

The Cost of 10 Minutes

KLM broke up its marriage with Alitalia during the honeymoon. The Dutch were relieved, the Italians were flabbergasted. The official version by KLM for breaking up was that Alitalia was not moving fast enough with mutually agreed actions. But, as an observer described:

The difference is 10 minutes and this serves as a metaphor for the massive overlooked difference in culture. What financial wizards can come up with is not necessarily a reflection of what “happens” out there. When it comes to expanding business internationally, you may get what you ask for, but not what you want; there’s a huge difference between the two. KLM ultimately was found in violation of the agreement and was fined €150 million euro. Needless to say, that fine was only part of the divorce costs.

Take Steps Back to Make Progress

Now that we have established that International Business Development is an international -and therefore a cultural competence- process, now what?

The financial and legal stuff is the easy part because it is tangible. Experts, whether outsourced or not, can deal with it. But when it comes to the intangible dynamic of cultural differences, the answer is quite simple, yet not easy:

Or better, take a step back. Even better, take steps back. You have to get yourself, you, ready for the next step. Because this part can’t be outsourced. This is the international part that needs development. By understanding the other culture as well as your own, you eventually will save time and money.

Or go directly to: