About This Week’s Guest Douglas Herbert 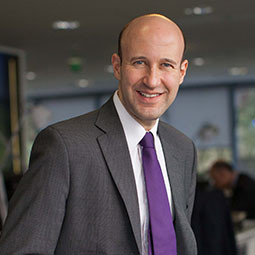 In France, his job title at France 24, the international news channel that he joined in 2006, is “chroniqueur“.

In Russia, where he launched his journalism career in the chaotic post-Soviet heyday of Boris Yeltsin, state media identified him as a “politolog“: which means “political analyst“.

In Britain, he is more neutrally referred to as a “commentator“, while back “home” in the US, he’s a mere “pundit” or – worse – “a talking head”.

Douglas has lived and reported in all these places – the US, Russia, France, Britain, and the Baltic States – in a 25-year career that’s been a non-stop crash course in differing approaches to journalism – and journalists – across cultures.

Along the way, he has taught a new generation of international students what it means to be an “ethical” journalist in an age of slide-rule journalistic standards and rampant disinformation.

“Things can happen as quickly as they don’t happen in Russia.“