How Cultural Similarities Can Lead to Cultural Difficulties. A Case Study

Even with cultural similarities, cultures can still have cultural difficulties [4-min read]

In this case study, I want to illustrate a project I’ve done recently in Ecuador, South America with a petrochemical company involving Ecuadorians and Chinese.

This happened a couple of years ago. But in 2022 you can draw the same similarities at what is happening between Ukraine and the Russian Federation [Updated November, 2022]

What You Will Learn

This is originally an Ecuadorian company that was taken over in 2005 by a Chinese state-owned company. The head office is in Quito (the capital of Ecuador) but the operations are mainly in the Amazon rainforest areas.

The common language that is spoken is English and of course the Chinese speak their language among each other, as well as the Ecuadorians, do.

One of the biggest barriers to working effectively with these two cultures is and was language. Even though the Chinese boss of the head office in Quito spoke Spanish, all the other people could only communicate in English with each other. And the level of English spoken on both sides wasn’t that terrific.

If you want to know a bit more about the long-standing relationship between the two countries click here.

For a cultural comparison take a look at the following table.

To understand more about what these dimensions mean, go here. Any difference that is more than 10 points is a significant difference.

Let’s take a closer look at each cultural dimension.

The other issue that could arise (and which it did in this case) is that there can be a conflict on who should be the boss in the first place. And that there will be envy by the other culture because they are not the ones being the boss. 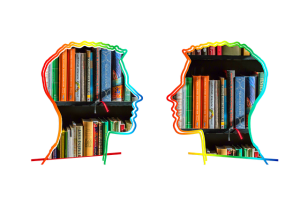 In this dimension, there is a slightly significant difference. But it’s not a lot. But the consequence of having two cultures that score both low (collectivistic or have their loyalty to their own group), is significant.

If the loyalty of culture is toward their own group (=low score as is the case here or collectivistic), they will not be open to the other group. In this case, the Chinese kept to themselves as did the Ecuadorians. There was a clear lack of teamwork between the two groups. This was not very effective. Both groups tolerated each other more than they cooperated with each other; they were two cultural islands within one company.

Again, you can see those cultural similarities are no recipe for smooth cooperation.

But this cultural similarity could be used to the company’s advantage. You see, both cultures are relatively high in their Goal Orientation. This means that they are both motivated to work hard and reach goals and deadlines.

Creating common goals where integrated teams can work together to achieve those would be a very good way of turning this cultural similarity into a competitive advantage.

Here we see the biggest and most significant difference between the two cultures.

Interestingly enough, this cultural difference did not lead to any difficulties. Here’s why:

A high score indicates roughly that people need and want structure and clarity in their work. Clearly defined project plans could be an example of this. So, this would be the case for the Ecuadorians.

But, and here it gets a bit complicated, the Chinese also worked with meticulous details. Not because Chinese in general want or need lots of rules and structure, no.

So, after two half-day sessions, what were the takeaways? What were/are some practical tips that you can do?

If you want to read another case study, click here.

A specific article on how to do business with China can be found here.

Do cultural differences make you smile or cry? Read the article here.

If you want to know more or leave a comment, please do so below.