Examples of Masculinity and Femininity; a Look at Feminine and Masculine

In this article I want to address the following topics:

It is important to realize that I’m looking at feminine and masculine from a national culture point of view. Not from a gender point of view (see further in this article).

If you’re unfamiliar with what feminine and masculine are in the context of national cultural differences, I strongly advise you to read this article. It will give you a clear and concise overview of this cultural dimension.

A BIG misunderstanding is that Masculinity (and Femininity on the other side) are linked to Gender differences. That is not the case.

The cultural dimension called Masculinity says something about what society expects from people in that society. It says nothing about men or women in particular.

In addition,  it gives an indication of the direction of motivation:

Therefore rather than comparing feminine and masculine cultures with each other, you can also say process and goal-oriented cultures. 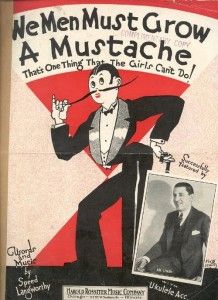 First, let’s list the issues where the differences between feminine and masculine cultures are the biggest, then I will give you some examples of masculinity and femininity relating to that list:

The first of the examples of masculinity and femininity revolves around feedback.

You can identify 2 forms of feedback: Negative and Positive. Of those two, which is the most prominent?

In addition, from a Feminine culture’s perspective, giving someone too explicit (and too much) positive feedback might result in the receiver actually thinking he or she “is someone“. In feminine cultures, you are not supposed to stick out or think that you are better than others.

My advice during a cultural awareness training for feminine cultures is to put a post-it note next to their computer reminding them to give positive feedback more explicitly to more masculine cultures.

Another example of Masculinity and Femininity is goal setting versus growing insight. Goal setting is a more Masculine trait, while so-called Growing Insight is much more a Feminine trait. This Growing Insight also supports the cultural need to seek consensus rather than to be (overly) decisive.

Goal setting is a more masculine trait. The goal is all-important. There is even an English saying that illustrates this item: “Get it done, by hook or by crook“.

While so-called Growing Insight is much more a Feminine trait. This Growing Insight also supports the cultural need to seek consensus rather than to make fast decisions.

To put it in an example: Masculine cultures stick to an agreed deadline (e.g. a release date of a piece of software; releasing a Service Pack for the bug fixes later). Feminine cultures rather than extend the deadline and solve the bugs now produce a better product from the start.

The next example of Masculinity and Femininity I’d like to bring up is Role Overlap or Society’s expectations of Genders.

In Feminine cultures, the role overlap is much greater. Men do women’s chores and vice versa.

Examples of this are highly educated Indian women (India scores relatively Masculine). Having finished their education more often than not they end up in well paying very good jobs (in India and abroad). But most, when they are between 25 and 30, feel the pressure (mostly from the family) to quit work and have children.

On the other hand, the percentage of women participating in the labor market (typically with part-time jobs) in the Netherlands (a relatively Feminine culture) is the highest in the world.

The last of the examples of masculinity and femininity is about winning and participating.

Whether it is work-related or not, masculine cultures participate in (e.g.) teamwork with the intention to win all the rest is secondary.

Probably you see this coming: feminine cultures participate in (again e.g.) teamwork with the intention to… participate. Joining in is more important than winning (which is achieving a goal).

If you’re interested to see an overview of how other countries score on this dimension of culture, I suggest you take a look here.

Should you wish to read Hofstede’s book with much more examples of Masculinity and Femininity you can get it here.

More examples can be found here.

Examples of another primary dimension of culture (hierarchy) can be found here.