The dimension that matters most in Cultural Differences is often claimed 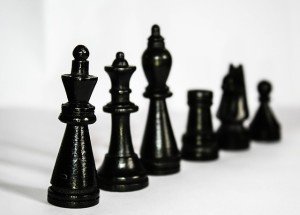 to be Power Distance Index or PDI

Even up to 80% of all cultural friction is attributed to this Power Distance index! There are 3 more dimensions of culture but let’s first focus on this one since it is so important.

A Definition of Power Distance Index

Let us start with a definition, so we are all on the same page:

“All animals are equal, but some are more equal than others.”  George Orwell

Or to put it in a more official way, Power Distance is the: “Level of acceptance of people, who have no power, of the unequal spread of power in their society.“

The interesting aspect of phrasing the Power Distance definition is that it is written from the perspective of people who have no power.

The definition loses all or most of its “value” if you leave that part out. In other words, if one already has the power, it does not matter much if people, who have no power, accept this or not.

Much like having wealth or money: if you have wealth or lots of money, it does not matter much if other people don’t have as much.

We need to nuance the above interpretation: All cultures/countries in the world have some level of power un-equality. In the low(er) scoring countries, people accept the fact that there are people who have more power in order to avoid a state of chaos or anarchy. In other words, in the low(er) scoring countries people will accept that the police is able and/or allowed to ask them for their ID or pull them over for a traffic violation.

Below are the difference between Low and High Power Distance. Two notes in the margin: This list is not complete, below are just a couple of illustrations; Second, there are no cultures that have all of the low characteristics and none of the high characteristics.

When scoring low, they will have more of the low characteristics and fewer of the high characteristics. Culture is not black and white, there are numerous gray shades!

Below are some examples of low power distance culture:

And here are some examples of high power distance culture:

Do you have other examples of low power or high power distance culture? Share them in the comments below!