Why the Euregio Region is a Deceptive Delusion

Euregio What Is It?

The Euregio, or European Region, is a cross-border cooperation between Germany and the Netherlands. That is the official initiative that was started in 1958 by the Germans. You can read more about it here.

Geographically and/or officially, it only covers the border area of the South of the Netherlands and the adjacent German territory. In practice, though there are many efforts undertaken to also involve the Dutch and French-speaking Belgian provinces into the cooperation.

So, all in all, there are three countries involved: Germany, the Netherlands, and Belgium. 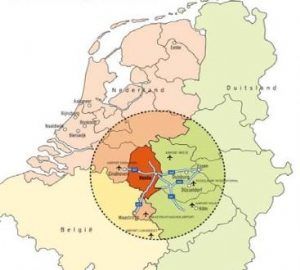 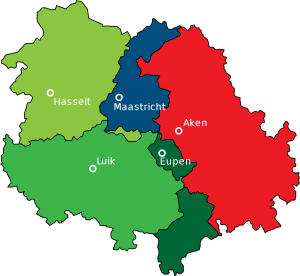 The initiative of this Euregio is primarily sponsored by the European Commission to facilitate cross-border labor and business.

In 1987 another body as found called Interreg. You can find out more about that here. Even after reading the Wikipedia page on the Euregio several times, it wasn’t clear to me what their intentions were, other than receiving funds from the European Commission.

Why It Is a Waste of Money?

In and by itself these initiatives make good sense of course. However, as very often in the case of these inter-European or cross-border cases, there is very little consideration of the cultural differences involved:

The German, Belgian, and Dutch cultures differ significantly from each other. But there seems to be no (not even a little) eye for this. Not even on the website of the Euregio itself (click here to go there). The website is in German and Dutch. English is available, but many articles are not even translated into English.

The website itself only goes as far as mentioning that the labor laws are different in other countries and that certain rules and regulations can also differ.

Here is an overview of the differences on the first four primary dimensions of culture between the three countries (if you’re not familiar with those dimensions you can read more about them here):

As you can see, there are big differences between these three countries.

So only stating that some rules and regulations can be different is missing the point. Completely.

And why, you might ask, is the money put in by Brussels wasted?

One of the reasons is that the cultural differences are completely overlooked. Without addressing these (first!) the Euregio is doomed to fail.

The other is the fact that Brussels is just too darn complicated and bureaucratic. Below is a quote of what Interreg does to help this Euregio (don’t bother to read it. It’s depressing)

“The EUREGIO was thus granted an important role in the administrative procedures for Interreg-supported projects. All project proposals are collected by the secretariat where a first preselection is made based on the basis of the EUREGIO’s own criteria, the general Interreg requirements and the prevailing legislation for the territories of the member authorities. The strict EUREGIO criteria require all projects to have a genuine cross-border character in substantial, organisational, personal and financial respects. As the relevant agreement states, projects must relate to a ‘Euregional interest’, linked to a structural and socio-economic significance for the region (EUREGIO and Rhein-Ems 1996: 29).

The approved proposals are submitted to the Steering Committee which is the highest instance in Interreg decision-making. As with the other Euroregions on the Dutch-German border, for the EUREGIO a separate SC has been established. Apart from the EUREGIO representatives, the Committee is composed of senior civil servants representing the following authorities: the Dutch ministry for Economics, and the provinces Drenthe, Overijssel and Gelderland on the Dutch side, and the Ministries of Economics of the German Länder NRW and Lower Saxony as well as the Bezirksregierungen Münster and Weser-Ems on the German side.”

What about the differences in languages? Yes, those are there as well. But the fact that the French-speaking Belgians followed by the Germans have the lowest level of English is also explainable by the differences in culture (mainly by their high score on the Predictability dimension).

I once did a workshop for the Chamber of commerce in Liège (French-speaking part of Belgium). I did this workshop in English having to stop every other moment for translation into French.

But, and this is good news, it is getting better. The levels of English overall are improving. Albeit slowly.

The Euregio region certainly has potential. Very close to each other are the cities of Maastricht, Aachen, Liège, Hasselt, Köln. And within a 2-3 hours drive radius, there is Brussels, Amsterdam, and you’re closing into Frankfurt.

Lots of people. Lots of infrastructures. Lots of potentials.

But unfortunately, since its inception in 1958 and after millions of Deutch Marks, Guilders, and Euro’s there is still very little business in the area in relative comparison with its potential.

How to Make it Work?

Ok. Enough of the nagging and bad news.

How do you get it to work? The two factors that make the most sense to address are:

If you want to know more about how I can make you better when you work internationally, get in touch with me.

An article on international project management can be found here.