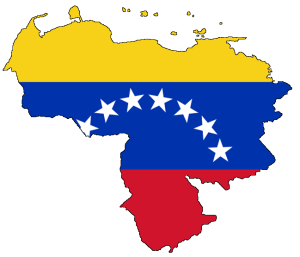 Uncertainty Avoidance is one of Professor Geert Hofstede’s dimensions to describe national cultures. The index reflects the extent to which members of a society attempt to cope with anxiety by minimizing uncertainty through applying (new) rules. People in cultures with high uncertainty avoidance tend to be more emotional as well.

Let’s stick to Venezuela. A country populated with people of European ancestors, from Spain, Portugal and Italy – especially in the urban areas. Venezuela compares to Brazil with important African influences, especially in coastal areas. Lastly, there is a small population of native people, living in-land or in the Amazon area. It is truly an amazing country of stunning beauty and incredible resources.

It is safe to say that the culture in Venezuela is indeed a society that was created by people comparable to other countries in Latin American as well as to Latin Europe (or Mediterranean) in terms of uncertainty avoidance. Obviously with the common denominator of being high on the scale of uncertainty avoidance: individuals in these societies have to deal with significant ambiguity and -as a result- leaders try to mitigate the impact of an uncertain environment through strict rules, procedures and laws.

The level of trust in government, including law enforcement, as well as financial institutions, is very low. To request any form of official document, whether it is a birth certificate or a passport, let alone ones papers to open up a new business, results in a mountain of bureaucracy that is hard to climb. However, in many -if not all- Latin American countries and possibly many other uncertainty avoiding societies, people say: ‘Here, there is no law. Here, everything is possible’.

A characteristic of uncertainty avoiding countries, based on my observations, is the tendency to fight fire with fire when things do not work out as planned. Unfortunately, in countries where doing business is conducted in an environment with excessive rules and regulations, business finds a way to avoid bureaucracy and individuals in law enforcement find ways to personally gain from bureaucracy.

As a result, bureaucracy has swelled to fight individual and institutionalized corruption by adding rules and laws to fight it. Legislation however, is not accompanied by enforcement as a result of continuously creating new financial incentives to the individuals responsible for enforcement. Ironically, in Mexico, a country where I also lived and a place I love, I had numerous instances where the police handed over the law in a written (book) format for me to put money into for easy processing.

For the record: I didn’t break the law I think. I am just exemplifying the abundance of creative ways to interpret any law if the incentives are sufficient. And also for the record: most Mexicans absolutely hate the corruption that damages their country.

In the case of Venezuela the cocktail is more explosive by adding oil into the mix. Venezuela is not different from other countries where most of the above mentioned characteristics apply.

Unfortunately. What is different in Venezuela though, as compared to similar countries in the category of uncertainty avoidant societies, is that in Venezuela the government has taken a turn over the past years to discourage initiative and impose rules based on ideology. Where it used to be difficult to start a business, it now has become merely impossible. Well, unless one is well connected. Then everything is possible.

It leads, at least for me, to the observation that the culture of a society is a collection of all individuals with similar characteristics, resulting in a governing structure that is reactive to that culture and vice versa.

In other words, individuals in government might be of the opinion that obstacles need to be created to maintain or expand control and by doing so incentives for corruption within government are created.

Consequently, individuals in society are left without other options than to bend the rules in order to progress in business or, in the case of Venezuela, even for families to survive.

Over the years, I have conducted market analysis and build strategic plans in Venezuela, and I always counted on the fact that individuals and companies are willing to take risks in countries that may create barriers.

In fact, the results for the company I worked with at the time could be qualified as above average returns and the strategy would build on that reality. Even when government obstacles in the form of exchange controls were implemented, new individual Venezuelan risk-takers were taking advantage of the artificial currency exchange rates, which provided the my employer with incremental business.

Results were, however, depending on the assumption that the government would allow local generated revenues to be transferred to the companies’ home countries. That reality was “shaky” at times and is practically fiction today.

Leaving observations and perceptions aside, the reality is that Venezuela is a country that is polarized and almost has to be defined by either supporters of the government’s ideology or by its fierce opponents.

Venezuela used to be known for its outgoing people, ready to throw a party at all times. Known for rough Caribbean-Spanish jokes, regardless of the audience. Known for families that would stick together, at all cost. For optimism beyond reality and the willingness to take risk.

If one is willing to assume that imposed force can only temporarily impact a culture, then the sign on Venezuela’s front door reads: “Sorry for the inconvenience. Temporarily closed for business”.