In this article, I want to talk about the cultural side of international negotiations. Is there a difference between the two and if so, what is it?

But first watch this short, 5-minute video, showing clips from the movie The Godfather II. Here the dimensions of Hofstede are being used and Italian and American cultures are compared.

Having said that, the international aspect of negotiating does add an extra dimension to the dynamics that are often underestimated or misunderstood. What dimension is that? The cultural one. (if you don’t believe me, read this article “9 signs you’re not getting it: it’s the culture stupid“)

Question: What Can Go Wrong?

What can go wrong you might think? Well here are some things you might recognize or come across during your international negotiations:

And this is just the tip of the iceberg of things that are culturally different in international negotiations.

Above, I’ve mentioned five points. Let’s tackle them one by one. (if you’re unfamiliar with the four primary dimensions of culture read this).

1. You’re at the Table with the Wrong Person

This primarily happens when there is a difference in hierarchy between the two parties.

Generally, you can say that people with a high score on hierarchy will not send their ultimate decision-maker to an international business negotiation. The idea is that they first hear what the suggestions and proposals are, then take them back to the final decision-maker.

Cultures coming from a low hierarchy culture have the biggest problem with this because they think they can make a deal right here and now. Why? because they generally have the delegated authority to do so.

2. You find out too late

So your counterpart seems to be very interested in your proposal. You also seem to be good friends or at least had a very meaningful meeting. Your ways part, and, once back in your office, you tell everyone that the deal is practically (or even completely) in the pocket.

Only to find out in a couple of days that the other party does not want to go ahead with the deal at all. Or only if you’re willing to do some major concessions.

Again, here is most likely the cultural dimension hierarchy involved. What happened? The boss of your “friend” went back to his office and overthrew the initial agreement you had. Sending your “friend” back to renegotiate with you again.

Well, in the first place, be very careful with who you consider your friend. Be cautious with giving away concessions; once given, it’s hard to take them back. And keep in the back of your mind that when you part at first, the deal is likely not final.

3. The deal is not being kept or worded in the contract as it should be 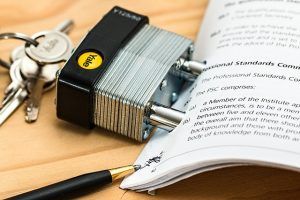 Sticking to a contract or sticking to the relationship. That is the point I want to get at here. So this is not related to corruption. What’s going on then?

Collectivistic cultures tend to put more value on the relationship they have with the person they do business with, rather than the task at hand (in this case the contract). Countries like China and India work on the basis of relationships. Less with contracts. That doesn’t mean that contracts are not important. It is just that relationships are more important.

In international negotiations it’s a factor that comes back often; Chinese counterparts do not stick to the contract or change it all the time.

I’m taking points 4 & 5 together here. In international business negotiations, you need to work out details. Details of contracts and follow-up steps. Some cultures want lots of details, others are ok with writing the details on a beer coaster so to speak.

The cultural dimension playing a role here is Predictability; how many rules, regulations, and details do we need. For some, it seems logical that in international negotiations you need lots of rules. But there are many countries that can do with a lot fewer rules.

For example, Germany, in general, would want a good level of predictability when it comes to planning. Anglo-Saxons in international business negotiations look at the contract and then approach reality with a trial and error approach to project management.

Culture plays a role in international negotiations. Whether you like it or not. The trick is to come prepared and adjust your expectations according to the culture you’re meeting on the other side.

Listen to this podcast with Jan Potgieter on international negotiations.