9 Signs You’re Not Getting It (It’s Culture Stupid!)

Even Johah Peretti (CEO of Buzzfeed) and Mark Zuckerberg (CEO of… guess you know) get it: “Culture is Strategy“. Or to put it differently: Culture Matters.

When you’re working internationally you will (underlined and bold) be facing cultural differences. Whether you like it or not. But for some reason, most people who work internationally tend to suffer from what I call the “Lumberjack Syndrome“. If it doesn’t exist yet, I’d like to coin the phrase with this article.

So what is the Lumberjack Syndrome? 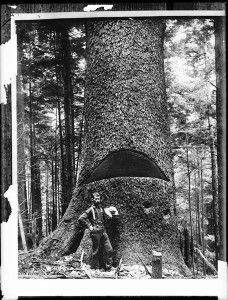 A lumberjack is a person who cuts down trees for a living. He does this the whole day using his favorite ax. One day a passerby asks him what he’s doing and why he’s sweating so much. The lumberjack looks up disturbed and answers “I’m cutting down trees, what does it look like?” The passerby answers “Why don’t you stop and sharpen your ax, you’ll be a lot faster when you would.” The lumberjack simply answers back “I don’t have time for that, I need to cut down trees.”

I hope the point is clear: sometimes you need to stop and rethink what you’re doing to get the best results. In this case, the lumberjack needs to sharpen his ax.

When it comes to Culture and cultural differences it is often the last ax that will be sharpened. Often there are two reasons for this:

In my business (Improving the performance of people that work internationally) most of my clients knock on my (email) door when things have gone wrong. They underestimated the impact that cultural difference had on their business. The people that don’t knock on my door often simply fail.

And I’m not exaggerating.

It’s Not the Law

The title of this article is “9 Signs You’re Not Getting It (It’s Culture Stupid!)“. The last bit “it’s Culture Stupid” is a variation of the phrase “It’s the economy, stupid” which James Carville had coined as a campaign strategist of Bill Clinton’s successful 1992 presidential campaign against sitting president George H. W. Bush.

My point here is that when you’re working internationally you will face plenty of things that are different from your home country. Things like:

All the above mentioned “things” are relatively easy to get in terms of external services. Get a local lawyer, an accountant and you should have it covered.

But are you getting it?

9 Signs You’re Not Getting It

1. You Think We’re All the Same

In a way that’s true. All humans have two ears, two eyes, and one mouth. However, genetically humans have 92% of the same genes that mice have and 98% similarity with Chimps. So to that extent, we have more in common with a mouse and a Chimp than we differ. But doing business with a Chimp would be rather difficult.

The things that we have in common are things we take for granted, like the business English we speak when we do business; the fact that we use the Internet for all sorts of things, etc. What keeps causing the friction are the things where we differ in. It’s like wearing a pair of shoes whereby one shoe actually hurts: You will always feel that shoe that hurts.

From a cultural perspective look at it this way: We all drink, eat and sleep. However what we eat, when we eat, how we eat, and why we eat is different per culture.

This is another common misunderstanding. You think you are the only one that gets it but they simply don’t. Trust me they will probably think the same thing about you. Mind you that we are all fish in our own bowl and as an implication of that it is hard to describe our own culture, but a lot easier to describe the other culture. Hence, it is easier to simply blame them, rather than try to understand how you yourself might be perceived.

3. I Just Don’t Understand Them

If they only did what you wanted them to do things would work out fine, right? Then the world would be a good place. The point is that whatever anyone (including yourself) does they and we do it with the best intentions. Watch the video clip below. No doubt it will bring a smile on your face. But the point of the clip is that whatever the other guy is doing he does it with the best intentions.

Everyone is online these days, right? Even kids under the age of 13 (the age limit set by Facebook) are having a Facebook account. And after Whatsapp, Twitter, and Snapchat you don’t know what will be next. What you do know is that everyone seems to be connected and online. Indeed. It “seems” to be the case that we’re all connected and online. But in actual fact, only about 40% of the world population has access to the Internet. And having access to the Internet doesn’t mean you’re “connected” yet. Often people in less connected areas in the world will have to go through great trouble to finally get online and then only during certain hours of the day when there is electricity and when there is a good connection.

Below is an overview of how connected the world is in 2015. Now, look at where the growth market is. Are you familiar with the culture in those countries? 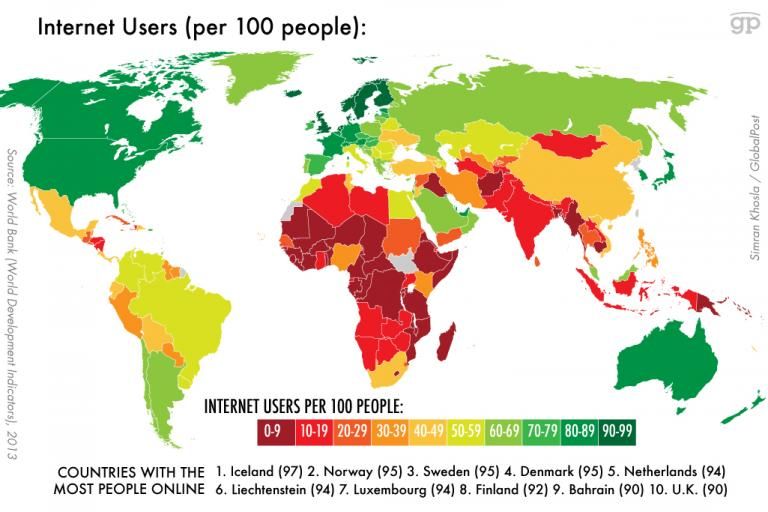 Once I sat down with a Belgian client and I asked her “What is the one thing that a Dutchman should do in order to be successful in doing business in Belgium?“. She stared at me intently and finally answered: “Be quiet and listen.” At first, I was shocked but in retrospect, it makes complete sense. Compared to Belgians, the Dutch are blabbermouths who keep on talking and talking. And the solution given was quite simple, right? “Listen“. Have you listened?

6. If I know Some Do’s and Dont’s That’s Enough

We all know that the French take long lunches and that the Germans are on time and that the Indians have large families and that Americans own big cars. Do’s and Don’ts are at the same level: Superficial. The thing is that other cultures will almost always forgive you if you get a Do or a Don’t wrong. In addition, Do’s and Dont’s change when the context changes. So what is a Do in one situation becomes a Don’t in another? The point: be very careful approaching cultural differences only from a Do and Don’t perspective.

7. My Business Partner is Simply an Idiot

Sometimes I play a cultural Simulation. During this simulation, people get to play three different rounds of a certain game (I can’t give the clue away here of course). When the simulation is done we do a debrief. There are a couple of almost fixed items that tend to come out of this. One of them is “They are wrong” or “He simply didn’t get it“.

And of course, vice versa as well. The YOU simply turns around when you start from the other person. But pointing the finger to the other is hardly ever the solution, nor is it true. 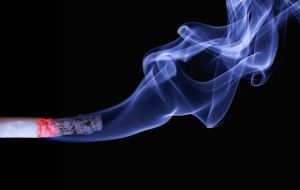 This is probably the deadliest of them all. You know and are aware of the cultural differences but you think it will all be OK. For me, that’s more or less the same as thinking that smoking won’t kill you (but everyone else) and that you can get away with the dangers of it.

Well, it’s a lot better than doing nothing at all. But just like creativity, Cultural competence is not something that can be rushed. It takes time. It’s a bit like learning how to walk. Most of us master the art of walking in about a year. It’s hard at the beginning, but eventually, you don’t even realize you’re doing it.

The same holds true with cultural competence. It takes time and effort.

All doom and gloom you say? Possibly. But I’ve seen it so often: people in organizations simply brush over cultural differences or think that with a 2-hour session they’re done. While those people who do get it (and fortunately there plenty of those as well) are enjoying their international work a lot more and as a by-product save time and money. Not a bad investment.

Cultural competence is a skill that can be learned. It just takes time and effort, just like anything else that’s worth pursuing.

Any comments from your end? Please leave them here below!