International Mergers and Acquisitions and its Cultural Implications

What are International Mergers and Acquisitions? [4-min read]

In other words, companies generally do not “merge” but one company acquires the other company. There are many, many examples: Air France and KLM Royal Dutch Airlines. At the time the Dutch, at KLM, called this a merger while the French spoke about acquiring KLM as a partner airline (more on this later).

So, a merger of equals is rare; of course, there are exceptions.

Many of these so-called international mergers and acquisitions only go through economical due diligence. In other words, the internal (or external) accountants only look at the numbers (=economies of scale, reduction of the workforce, etc.).

The example of failed international mergers and acquisitions is by far longer than the successful ones. Here is a couple: 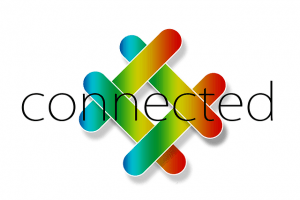 In other words, you can take a German out of Germany, but you cannot take Germany out of the German.

Albert Heijn (a Dutch supermarket), years ago, if you would ask “where is the pepper?” they would reply “next to the salt“. Now they drop everything they are doing at that moment and will walk you to where the pepper is. Not that the Dutch are internally (read: culturally) service friendly, but the organization (Ahold) changed the behavior of the people working there.

Many people talk about so-called company values. In our opinion only National cultures have values (that you cannot change); organizations have ways of working.

Across borders will be: Without borders?

What Could be the Intercultural Problems?

The reasons that international mergers and acquisitions fail are many; here is a couple.

International Mergers and Acquisitions; What are Your Take-Aways?

What can all of the above mean for you when you’re dealing with international mergers and acquisitions?

Culture eats strategy for breakfast; I wish I had come up with this quote but unfortunately, the late Peter Drucker beat me to it. But what an excellent, simple, to the point, and oh-so-true statement.

Our prediction is that if you do not pay attention to the national cultural difference when you’re considering international mergers and acquisitions, you’re bound to fail. Period.

Should you want to read/listen more, go here [Podcast]