Cultural Differences Between North and South America: The North is Not the South

When I lived in Mexico, I invited staff of the Mexican office over to my house for dinner at six o’clock. Not to have dinner at that time, that would be way too early for the average Mexican, but to have a tequila or two and socialize for a while. Everybody confirmed. At seven, the first colleague showed up, a reasonable one hour late. The last couple arrived around ten o’clock. I asked Hector: ‘Was it hard to find? You didn’t get lost, did you?’ Hector responded: ‘No. No problem at all. Why?’

What Is Wrong with These People? 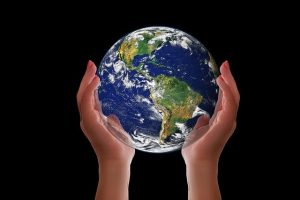 invited people over at seven o’clock and some of them showed up at seven. What was the reaction of my wife? ‘What is wrong with these people?!’

What do these somewhat funny incidents really mean? They refer to cultural differences and how these differences impact how people relate to each other. Companies have failed in international expansion because they completely ignored these differences. Just look up Walmart in Germany, the failed Daimler-Chrysler merger, and one close to my experience, the failed KLM-Alitalia merger. In fact, a paper was written with the KLM-Alitalia merger in mind called: ‘A Bridge Requires a Gap.’ Indeed, there is no need for a bridge if you don’t even see that there is a gap.

One of the most difficult things for people in international business is to realize and accept (!) that these cultural differences exist and qualify them as such: differences. Otherwise, we will get stuck in stereotypes and possibly even insults: ‘Why are these guys always late?’ (‘Why are they so strict and managed by the minute?’). The difference in the concept of time is just the tip of the iceberg of cultural differences. The good news is that culture can be measured, and cultural competence can be learned. When doing business across borders, geographical awareness is nice, knowing the north is not the south culturally speaking, is a must.

Cultural Differences Between North and South America are real. Do not ignore them!

An article specifically about Fidel Castro in Cuba can be found here.

To read other, relevant articles read these: