This is not a post about which Social Media network is more popular in which country. No, rather than that, it’s an attempt to better understand what the impact of social media on culture is. 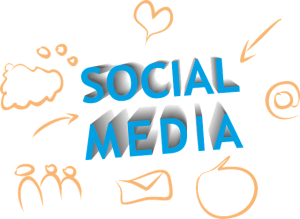 Rather than looking at the whole world, I’ll keep my focus on a couple of countries (USA, Belgium, the Netherlands). Also in these countries, and other countries, social media and culture go hand in hand.

Which factors play a role in predicting specific behavior with Social Media in different cultures? For this, I’d like to refer to the model of Professor Geert Hofstede. You can read more on this here.

The first thing I’d like to tackle in terms of Culture is the Adoption Speed of Social Media and culture between the three countries (USA, Belgium & the Netherlands).

Being the first has advantages over being later. Being first gives you the opportunity to… well, be the first! You can dominate the market, try new things which could be a hit (e.g. Twitter & Pinterest).

The advantage of being later is that you can avoid the pitfalls that the one before you made and you won’t have to deal with technical glitches in any of these platforms.

The cultural dimension that plays a role in the Netherlands topping the list of Twitter users and use (corrected for population) is the Process orientation (or a low score on the Goal orientation dimension). The Dutch are consensus-seekers and in order to reach consensus, you need to talk (and talk and talk) and share what’s on your mind (Consensus is not the same as Compromise!). Hence the love for Twitter in the Netherlands.

Adoption in general (so also for Social Media) of new “things” largely hinges on Uncertainty Avoidance. Low scoring countries adapt faster to new technologies than higher scoring cultures. The USA has a relatively low score on this dimension, followed by the Netherlands with Belgium having a relatively very high score. So when it comes to the impact of social media on culture, it is best to “attach” the “new thing” to something that is already familiar in high scoring countries on this fourth dimension.

How do we do Business?

The Belgians conduct their business in a different way than the Dutch and Americans (who are more similar in this aspect). In Belgium, there is more of a business culture based on relationships. This is one of the reasons why the penetration of e.g. LinkedIn & Twitter has not been as fast as the US & Netherlands. A common remark I hear from Belgians is “why would I need LinkedIn if I know the person already?“.

Again, this can mainly be attributed to Uncertainty Avoidance: “I don’t know you and need to get to know you first before doing business.”

Use of Social Media at Work 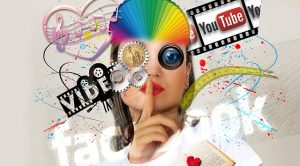 Here the differences will definitely differ from industry to industry. Tech-savvy companies will allow their staff to use Social Media in the workplace.

Still, there are profound differences. In the US and the Netherlands, over 75% of the HR professionals use LinkedIn to find new people. While in Belgium that percentage is around 40%.

Once again this is Uncertainty Avoidance.

Also here the impact on social media on culture will differ per culture; A Dutch HR manager looking for Belgian employees should realize that the pool he’s fishing in is simply smaller.

In research I’ve done myself, it showed that in Belgium the majority of the people were not allowed to use Social Media privately at the workplace (they still did, using their own smartphone). This can be attributed to the relatively high score on Hierarchy, compared to the Netherlands and the USA.

One very important factor to consider is Language. Most use of Social Media is in English (American English!). If that’s a problem for you, then using many Social Media platforms will be too.

Using Twitter as an example: you cannot perform searches within Twitter only for Belgium. You can search within the Dutch language (the Dutch and part of the Belgians share the same language), but you cannot limit your search to Belgium only.

This is a typical example of American “dominance“, which I attribute to their relatively high score on Masculinity. Within the US there is relatively very little awareness of different cultures outside the US. Therefore Europe is often seen as one culture.

What did I miss? Leave your comments at the end of this post!