It is well known that different cultures deal differently with Compliance Risk Management.

For a definition of Compliance Risk Management, I gladly point you towards Wikipedia.

For this article, I would like to take a more general viewpoint which is: How do different cultures deal with rules and regulations in general? This certainly also pertains for compliance management too!

The cultural dimension involved with explaining how different cultures deal with rules and regulations depend somewhat on the country. However, in general, one could argue that the most influential dimension here are Hierarchy and Anxiety Avoidance.

Typically this combination can predict for a great deal how cultures deal with rules. Everyday rules and in a work environment.

The above is very much a short cut, so let me explain this a bit further with some specific country examples.

For this, I use the country France. The general outlook in France is that everything should be well structured and regulated. And on paper it is. Going to a bank to open an account requires quite a number of signatures. Opening a business account definitely requires a stamp of some sort. Stamps are important and add structure (formality).

Changing anything with regards to your house also requires a lot of paperwork and filing thereof. Most of the time you need an architect. Not because he or she adds necessary value, but because of the rules and regulations stipulating so.

But do people comply with those rules?

They do if there is a chance of being “Inspected” by some sort of authority, with the necessary consequences if they’ve got it wrong. In other words, people “respect” what you “Inspect“.

Let’s say there is a rule stipulating that, if you want to change anything to the roof of your house, you need the consent of an architect (with all necessary paperwork and stamps).

But at the same time you know from your neighbor that for the last 15 years no one has every checked any of this necessary paperwork, you might considering skipping this all the way.

Typically when there is a somewhat conflicting rule/law that stipulates that if your roof is facing south (which roof doesn’t?) you don’t need an architect.

For this we go to Germany. The combination of relative high Anxiety Avoidance and low Hierarchy makes that Germans internalize rules. The rules they need/must comply to are their rules. No need for a boss to go and check if the rules have been followed.

An example here is a pedestrian crossing. When the pedestrian light is red, and no cars are coming, Germans will generally wait for the light to be green before crossing.

I tried this out once with my kids when they were much smaller. The light was red for us, no cars in sight, and we crossed. I could here the people (Germans) hissing behind me, disapproving of my behavior.

For this we take India. In general, Indians can do without many rules. My general statement is that you give an Indian a street corner, and he is in business. Very driven, very eager building his empire from scratch. No rules necessary.

But then why is there the perception that bureaucracy is staggering in India (which it is). The main reason for the rules being there in India is to keep the power holder (the boss) in his position.

For our final example, we go to the UK. With its relatively low score on Hierarchy and low score on Anxiety Avoidance there seems to be little motivation to follow the rules. Yet most pubs still close at 11pm and the people in London still neatly queue up in the bus line. Why?

The above-mentioned combination implies that there are relatively few(er) rules (then in France for example). So the attitude towards rules for the Brits is that “we don’t have that many rules, so the rules that are there we should follow“.

Exceptions to the rule

Exceptions to how people comply to rules and regulations are always there. I understand that. But in general, the above mentioned 4 examples are also confirmed by the people living in those countries.

This dimension plays a role in a few countries where Hierarchy is low and Anxiety Avoidance is low to medium.

Here compliance to rules is seen as a general guideline. In other words, how the Dutch deal with the rules depends on the situation. Sometimes they do, other times they don’t.

Masculinity (or rather Femininity) plays a role here to the extent that in the Netherlands everyone is equal to others. Even a police office is not much different from an ordinary citizen. This feminine society has the tendency to socially “punish” people who try to stick out. So even a police officer should not pretend he is anyone.

When you would cross a pedestrian crossing, with no car in sight, and you would get fined by a Dutch cop, you would surely tell him off and order him to “go and catch thieves“. The fact that there are no cars in sight justifies “bending” the no-crossing-rule with a red light to more of a warning-cars-could-be-coming-rule.

In the U.S. there is a very strong litigation culture (coming to the UK as well). This comes from the cultural dimension Masculinity. The need to score and win.

For this reason, Americans can follow rules very strictly and write very detailed manuals (e.g. “don’t dry your dog in this microwave oven“…).

It is not that they intrinsically need these rules. It is just that if you don’t have these rules in place, someone will come after you because they’ve found a hole in your rules and regulations. And… will sue you over it. 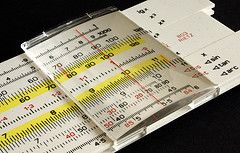 The implications of the different dealings with rules and regulations when it comes to compliance risk management can be the following.

In countries that score high on Hierarchy and high on Anxiety Avoidance, people externalize the rules. There needs to be some sort of external checking in order for people to stick to the rules. Or it should be clear that not sticking to the rules will have significant consequences.

In countries that score low on Hierarchy and high on Anxiety Avoidance, people internalize the rules. The rules are theirs and external checking is not necessary. There is more of an obligation for the individual to follow the set or agreed upon rules and a social checking mechanism by and through others/peers.

In the Netherlands and Scandinavia, rules are general guidelines. The motivation to make detailed compliance document is relatively low and will often be criticized by say Germans and French.