The cost of cultural competency training

That was the feedback I got; “It’s too expensive“…

…and also that he didn’t want to invest too much time into it.

Now, I’m not in the habit of sharing my commercial success or failure here publicly on the website. But this one deserves a bit of attention.

This is what happened:

Some time back I got an email from someone working at a big international multinational. Let’s say it was/is a company that is into making chocolate bars. Their European division works with different cultures: Dutch, British, German, Romanian, Bulgarian, and Russian. Quite a mix!

The biggest issue (read Pain!) with between the Dutch, British, German,s, and Russians. Of course, this is not to blame on any of the four; it is just the result of cultural differences. And if you’re a bit smart, you know that cultural differences can be overcome by making your people more culturally competent.

I discussed the issues on the table with my contact person, who was clearly convinced of the need for the intervention of some people skill improvement. This multi-cultural department was in pain; there was friction between the people involved. There was a lack of trust and people stopped sharing information.

“When you’re developing people skills you’re investing in them. The cost of cultural competency training should never be an issue.”

So, after having discussed this with my contact person, I put together my proposal which included my fee which I know is conform market fees.

After another two weeks (this stuff takes time in big organizations), I’m contacted by two other people in that same department/organization who want to go over my proposal in further detail. So far so good.

Another two weeks later, I get an email that the manager of that department didn’t see the need for this cultural workshop; he thought it was too expensive and he didn’t want to invest the time into it either. 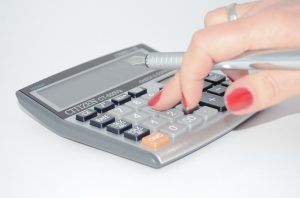 Ok, skills development costs money. No, let me correct that: When you’re developing people’s skills you’re investing in them; so it’s an investment, not a cost.

And then there’s the other side: Not investing in your people also costs money. How? It costs money because this international company and its department are muddling through, knowing that there is a clearly identifiable problem, which they know is costing them time and money, and where they know what to do to make things better.

If this department can overall save 1-day per month by working more efficiently, sharing information, being more innovative, etc. they will save $/€37,000 per year easily (5000/22*12(people)*12(months))

I can hear a cash register ringing…