A story on Cultural Awareness

It was my second trip to Guatemala. This time is also work-related. 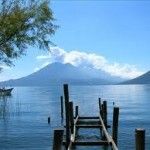 My trip covered a period of 6 days in total. I had to work on Thursday & Friday, and Monday & Tuesday. Leaving the weekend in between to myself. I hadn’t made any plans yet, which turned out to be a good thing.

When my first two days of work were over on Friday afternoon, one of my Guatemalan colleagues asked me what I was doing the weekend. “Nothing yet, have a couple of beers here and there, that’s it” was my reply.

“Why don’t you come with me, and I’ll take you to Lake Atitlan,” he asked. I hadn’t planned anything, and wouldn’t mind the company, so I agreed to his proposal. “I’ll pick you up at 9 tomorrow morning (Saturday)”. Which was fine by me.

I was ready, waiting in the hotel lobby, at 9 o’clock sharp. An appointment is an appointment, right?

What time do you think he showed up? No, not 11 o’clock or later. He walked through the revolving doors at 9.30! Walking towards me, looking at his watch saying: “Don’t you think I’m on time, ’cause I know that’s important to you.”

I was fine with it. At least he showed up in the first place.

We took off in his Volkswagen Golf. After a few miles, he told me that we should get some gasoline before driving on. Made sense to me.

After getting our gasoline, my “guide” told me we would go and pick up a friend of his. A friend I thought? You never told me about this. His friend turned out to be another colleague. Also, that was fine.

The next few stops

After our first two stops, it turned out that we had to make two more stops before starting our trip to Lake Atitlan. The first stop was to do some groceries. The last stop was to pick up a tuxedo, which my guide needed that evening for a party he was going to.

If you’ve ever been to Guatemala City, you know that the traffic is horribly slow. What takes 20 minutes to walk, takes 45 minutes by car.

All in all, it took us several hours before we finally started driving. I was confused, to say the least.

After driving for some time we pulled over for a pizza lunch at the side of the road, having Lake Atitlan insight.

When our lunch was done, my colleague/guide told me we should return to Guatemala City.

I was even more confused.

On our way back I asked, “I thought we were going to Lake Atitlan?”. His answer? “Isn’t it more important that we’re together?”

It hit me like a bomb. Of course! I am Dutch, I come from an Individualistic culture. He was Guatemalan a (very) Collectivistic culture. I am very task-oriented (appointment at 9.00; the two of us; going to Lake Atitlan; It’s a Task!). He is much more Relationship oriented (time is flexible; the two of us or more people joining; being together; Lake Atitlan is only a side effect!).

I didn’t complain. But rather enjoyed the company and the very wise lesson I was taught, raising my Cultural Awareness.

Read this article on Mexico if you want to learn more