My previous post on the cultural dimension Long Term Orientation of Hofstede had a lot of comments. Mainly on Social media. Since the concept of this dimension is often quite confusing for Westerns, I’d like to share a couple of examples of Long-Term Orientation in this article.

By the way, this Long Term Orientation Hofstede dimension is known under two names: LTO and CDI, or Confusion Dynamism Index.

Coming Up With Examples Of Long Term Orientation Is Difficult

Why is this so?

Because many of the examples are hard to understand for low-scoring countries like the Americas, Europe, and Africa (yes, all these continents score low).

Consider this riddle: “When a tree falls in the forest and there is no one there to hear it, nor is there any recording device whatsoever to record anything, does this falling tree make a noise?”.

The answer for a low-scoring country will be something like: “Don’t be silly, of course, it makes a nice.“

The answer for a high-scoring country will be along the lines of: “I don’t know, it may or it may not.“

Imagine this… No, better actually Do This: Take a pen in your hand and hold it over a table. Now ask yourself: Will the pen drop if I let it go? Then let the pen go.

What happened? Did the pen drop? Now REALLY do this 10 times in a row. As silly as it may look.

Here is one fairly short and simple example: for how long does a house mortgage run in the Western World? A typical number would be somewhere between 20 and 30 years.

However in Hong Kong, and China there are plenty of cases where a mortgage runs for 80 years if not longer. This means it carries over a generation!

The second example is about the length of a business plan in years. What’s a good average for a Western company? 5 years? Or only 3 years? Usually with a rolling forecast.

A couple of years ago I heard of a large Japanese producer of photocopiers, that had trimmed down the length of their business plan from 150 (!) years to 80 years. Again, this spans several generations.

My third example is probably the most futuristic. Remember the time when the “Tamagotchi” was very popular? Those little keychain electronic kinds of animals! You had to “take care of them” otherwise they would die! I had one… 🙂

The Tamagotchi was hardly an animal. But what followed was already more resembling a domestic pet. Nothing like a real animal yet. Why not? because the technology was and is still not ready.

But what is the deeper (business) thought here? 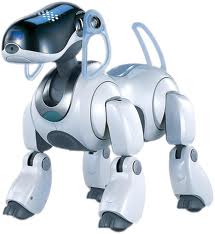 Think about it. Sony developed (a few years ago) a robotic animal that kids aged 8-12 bought (well their parents bought the robot). The parents have no affection whatsoever for the robot. The kids get some sort of affection for their robot animal but very much understand that their robot animal is something completely different than a real animal.

The kids have grown up and have kids of their own. That new generation will buy their robotic animals that their parents had. But this generation will have much more advanced and more capable robot animals.

The great difference is, that now there are 2 generations who are “used” to robotic animals and are capable of developing some sort of (growing) affection with their animal machine.

Far fetched? I’m not sure. I would not be surprised if this is the actual strategy of Sony for the coming future.

An article with a further explanation of long-term orientation can be found here.

Examples of the dimension hierarchy or power distance can be found here.

Did you find this article helpful? Click on the social media buttons on this page and share it with your friends!