How International Business Schools can Benefit from Cultural Competence

Reading that title might make you believe that they pay attention to cultural competency (development). You’d be surprised how many simply call themselves “International” just because they have international students.

But that does not make those students culturally competent.

How we present ourselves and others is influenced by our culture, and these differences invariably impact your MBA candidacy. For example, a British applicant whose understated style makes her reluctant to boast in the MBA essays, versus an Indian – for whom tenacious self-promotion was frankly critical to his success, but whose tone could be perceived as arrogant. Or a Japanese candidate who cites ‘we’ whenever describing an accomplishment, versus the Westerner’s ease of claiming ‘I’. Then there’s the German recommender who writes in a very neutral, factual style, versus the American who gushes in delight about the candidate they are recommending. Sweeping generalizations aside, I’ve had countless encounters throughout the MBA admissions process that require sensitivity and awareness of cross-cultural differences to help candidates put their best foot forward. (source:https://poetsandquants.com/2020/12/29/how-to-navigate-cross-cultural-differences-in-the-mba-application/?pq-category=admissions&pq-category-2=sponsored-blogs)

As you can see from the above quote, cultural competency not only goes for the students but certainly also for the people working at a particular business school. Both need to understand which cultural differences can (and will) get in the way.

For instance, the KuL (Catholic University in Leuven; the place where I live) gives bicycle lessons to foreign students to simply get them familiar with the traffic rules; but that does NOT make them culturally competent as telling them where the local bank is and where to get a loaf of bread.

For many students, the primary goal is to get “IN” a particular school. The rest will come later.

But there is also good news 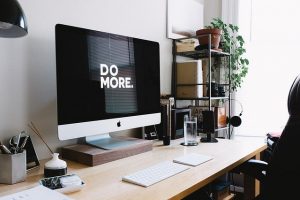 The main point for international business school is that, once your students are “in“, you should also spend time educating them culturally. It will help them tremendously and will also shine on you in terms that you not only deliver “programs” but also pay attention to your student wellbeing.

If all of this makes sense to you (as a student –> send it to a professor!) or as a teacher/professor, get in touch with us and let’s talk about how we can make a difference to you, to your school and to your student.

How different cultures learn differently is explained in this article.

Read here why e-learning to understand different cultures is a bad idea.