098: Justin Locke Talks About Orchestras, Stupidity, and Rich and Poor in America 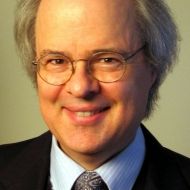 Justin Locke spent 18 years playing bass with the Boston Pops and gradually transformed into an author, playwright, and speaker.

He has written several books that seem appropriate for this podcast.

His second book, “Principles of Applied Stupidity“, examines the cultural dogmas of the American educational system, especially the meanings of the words “smart” and “stupid“.

His third book, “Getting in Touch with your Inner Rich Kid“, examines the cultural differences between poor kids and rich kids.

Justin Locke has appeared as a co-host of late night CBS radio, and his comedic musical plays are performed all over the world.

A personal favorite of Justin

His tip to become more culturally competent is:

Develop your perception; Understand that you don’t understand the other culture and then ask for help or for an explanation.

Interview Links
Links that are mentioned in this episode:

To listen to another episode of a music conductor, Paul MacAlindin, here.