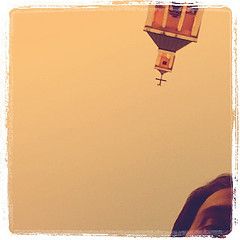 Media commentators are talking about the long-term risk that the European institutions will “disintegrate”. But thefoundations on which these institutions are based – the subsoil of the European Union – are also shaky.

There are a number of long-term trends that all seem to point in the same direction: the ‘balkanisation’ or fragmentation of European society.

The first trend is already with us: a public opinion that challenges the historical status of the institutions. The political classes have lost the respect of the man-and-woman-in-the-street, public administrations are ridiculed, Big Business is discredited, bankers are treated like vermin, NGO’s are greeted with cynicism, religion is marginalised, even royalty is now fair game.

In the longer term, what does all this mean for the nation state? And that’s where the second emerging trend looks so threatening: an emotional return to a simpler life ‘closer to home’.

This is not latter-day hippiedom, but a considered reaction by many people. It is a growing commitment to campanilismo or localism, the belief that big countries and big institutions are no longer to be trusted.

This spirit of localism is exploited, of course, by the same political classes that have lost public respect. They “harvest” support successfully because the public environment is receptive. As well as in Italy, campanilismo is firmly rooted in Belgium, Spain, much of the UK and Germany. Meanwhile economic arguments citing the Nordic countries stress the superior manageability of mini-states.

But this “move downwards” goes further, from communities to individuals. The Millennial generation is showing the way with its attachment to social technologies and the creation of “tele-ghettoes”, where the individual lives in a bubble designed to reinforce his convictions and prejudices.

What drives the young in particular is the desire to reinforce an identity that is no longer determined by nationality, political orientation or some other classification coming from the ‘official’ environment. The fragmentation of European society will continue, with people looking for comfort in what seems ‘closer to home’.

In the words of journalist Anand Giridharadas, “a major consequence of technology over the last many years has been to erode institutions of authority and shelter us in bubbles of personal truths.”

What this will mean for the European ideal remains to be seen. It’ll be some decades before we know the outcome.

Richard Hill is the author of a series of books on European cultures: We Europeans, EuroManagers & Martians, Great Britain Little England, The NewComers, Us & Them, Sharks & Custard and The Art of being Belgian. His books are teaching material at nearly 100 European and American management schools and universities.