How Poetry From Different Cultures Influenced Each Other

How do Poetry and Culture match and mix?

Because of how much literature has evolved in the thousands of years since humans started using the written word to express themselves, we tend to have a very specific idea of what poetry is when we hear the word. Being that it is a form of literature that relies heavily on the aesthetic and rhythmic qualities of the language, we tend to think of poetry in relatively basic terms. A short piece of writing about a specific theme that usually rhymes. And because a lot of what’s read by the general public these days is long-form fiction such as novels or long-form non-fiction books, poetry has in some ways, earned the reputation for being a little bit of a lesser form of literary expression. What many people don’t realize though, and this is understandable considering how far back into history the origins of poetry are, is that poetry in some form or another is arguably the oldest form of literature and has been massively influential to every other form that’s arisen since. And it’s a cross-cultural thing too. Poetry from the English-speaking world is influential of course and while there are a number of very high-profile English-language poets whose style and methods inform the work of contemporary writers, there are other cultures that have had the same effect. English-language poetry probably dates back to roughly the 7th Century with work written in the Anglo-Saxon language, but we can go back significantly further than that and find some very noteworthy stuff.  Let’s take a look at three extremely important points in the history of poetry from three different cultures to allow for a better understanding of why cross-cultural poetry is important. And we’ll start with what many believe to be the earliest surviving work of literature:

The Epic of Gilgamesh 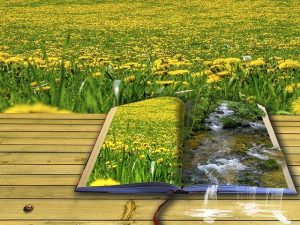 The Epic of Gilgamesh is a poem written primarily in the Sumerian language in ancient Mesopotamia. The exact timeframe of its origins are unclear, although the prevailing theory is that it was written roughly in 1800 BC. The story centers on the titular Gilgamesh, who is the hubristic, oppressive King of a land called Uruk and Enkidu, a wild man who is sent to Uruk by the Gods to try and halt Gilgamesh’s poor treatment of his people. Gilgamesh and Enkidu end up becoming friends and traveling together in search of a legendary guardian of the forest known as Humbaba, with the intention of slaying him as a display of their strength. They succeed but Enkidu is killed in the process. Distraught and disillusioned, Gilgamesh goes in search of the key to immortality so that he can avoid the same fate. Eventually, he comes to the realization that death is just a necessary part of life and he can still feel fulfilled without living forever. Armed with his knowledge, Gilgamesh seeks to use his position of power to enhance the lives of his people while they still have them, thus completing his journey of redemption. This is a story structure that probably feels rather familiar to you. And this is because the Epic is in many ways the first story to follow what we consider today to be a traditional narrative arc. It takes a character with a fatal flaw that has moral consequences on other people and pits him against an unfamiliar situation with a difficult-to-achieve goal. Through his will to reach this goal, the hero faces hardships and loss and is altered emotionally to the point where his worldview is dramatically changed. And this all occurs in the exploration of an extremely relatable theme, which in this case is the fear of death and irrelevance. The vast majority of epic poems since then have followed the same formula as have most of the great stories that have been and are still being told today. Gilgamesh was the beginning of literature as we know it and it all started in Mesopotamia. Moving on a little further we come to another highly influential period in poetic history:

Much like Gilgamesh, there are a couple of similarly structured epic poems that introduced a lot of the tropes and narrative choices that modern writers make when putting together their stories and poems. Both attributed to Homer the most famous of these poems are the Iliad and the Odyssey. Vast, sprawling tales of war and adventure and both heavily rooted in the teachings and philosophical ideas of Greek mythology. And while these are definitely influential, significant works, perhaps the most interesting thing to come out of Ancient Greece as far as poetry is concerned is a singular work by the philosopher Aristotle, which is actually titled ‘The Poetics’. This work came derived from Aristotle’s analysis of Greek tragedy plays that he would have seen in the theater, most notably Oedipus Rex by Sophocles, and the works of Aeschylus and Euripides too.

The poetics state that a work of poetry or theater is generally made up of six parts:

In Aristotle’s mind, these descend in order of importance to the story with the plot being of paramount importance and the first three being significantly more important than things like music and spectacle. The majority of stories told now follow this guideline, whether intentionally or not and in the case of poetry it’s a similar process while likely ignoring the first two unless it is a narrative poem such as Gilgamesh or the Iliad. A poem should explore a theme above all else. In the case of diction, it is nice to use attractive language but without some interesting thought, it’s ineffective. Similarly, though a melodic rhythm to the flow of the poem enhances it, the theme is still more important. And in the case of spectacle, creating beautiful images with your words will only get you so far if said images are not exploring something that’s interesting and can be emotionally relevant to the reader. So you can see how the poetic teachings of Aristotle have been so central to the success of the most noteworthy poets.

I would be remiss in discussing poetry if I didn’t make some mention of the one true King of English writing, and the benchmark for English-language storytelling: William Shakespeare. Though more notable for his plays, Shakespeare did write several poems too. Shakespeare wrote 154 sonnets, which are a type of poem that is limited to fourteen lines, ends with a two-line rhyming couplet, and is in iambic pentameter, which is a type of metric line characterized by its ten-beat structure. Every line of a verse in iambic pentameter is ten beats long with an emphasis on every second one. All of Shakespeare’s plays are written with this meter too and though it’s difficult to adhere to when writing, it greatly enhances the flow and accessibility of the work for an audience. And while the use of this meter is greatly influential in its own right, it was Shakespeare’s attitude towards the theme of his sonnets that was the real game-changer for poetry. Sonnets had been around for a while, having had their origins in the Renaissance. People like Dante and Petrarch had written many of them, but had tended to explore some rather generic, unsophisticated topics. While heavy on speech and melody, they tended to be lacking in any substantial theme. Sonnets were traditionally expressions of love for a remarkable and apparently flawless woman. Shakespeare’s intention was to draw deeper ideas to the surface. He wrote about lust, infidelity, and misogyny. And even had some of the earlier investigations of homoeroticism. Poetry and the sonnet method specifically were arguably being wasted by not allowing its themes outside of the one-dimensional portrayal of love that they were all so focused on. But Shakespeare opened that door for us. And that’s just three different cultures, each of which is monumentally important in its own way. We haven’t discussed Renaissance poetry in great detail, Victorian poetry, or Japanese poetry, or any of the other forms from other cultures. If you are unaware of these movements and do only have contemporary poetry on your radar, you should allow yourself to go on a journey of discovery through poetic history and other cultures. Humans have been around for a long, long time, and have been experiencing the same feelings and emotions that you experience in that time. No matter where you look, what cultures you explore, you will find thoughts you can relate to.

Should you want to read more about how language plays a role in a different culture, read this article.