Culture and Gender Roles in Society

There are so-called masculine cultures and there are feminine cultures.

The downside of these two names (masculine and feminine) is that there usually is an immediate association with gender.

In the original research work of Geert Hofstede, the intention was never there to trigger a strong association with gender-related issues in society.

But evidently, these associations are there and for a bigger part, they are not related.

So when it comes to culture and gender the words “masculinity” and “femininity” do not point to gender differences.

Culture and Gender Roles in Society

The cultural dimension Masculinity – Femininity says something about the expected behavior of men and women in any given society.

To simplify it: in high-scoring cultures, there seems to be relatively little role overlap; men are supposed to provide for their families, be the head of the family, and do manly tasks like taking the garbage out.

While in more feminine societies, there is more role overlap; here it is OK if a woman earns more than a man and the “stay at home dad” is more accepted than in masculine societies.

So when it comes to culture and gender this would be the closest link to gender differences and gender roles in society.

Take a look at the image below. This picture was taken during one of my trips to the Middle East (or read this article specifically about Dubai). A sign like that would be impossible in a feminine country like Sweden, for instance. 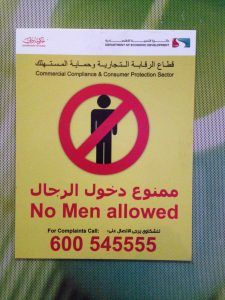 What are the Gender Roles in Society Within one Culture?

In any country in the world, you will find so-called IntrA-cultural differences; differences within one country, say the American East Coast and the American West Coast. Or the differences between the North and the South of Spain.

Differences within one country are called IntrA-cultural differences.

There are definitely differences in gender roles within one country. In other words, American women will be less masculine than their male countrymen.

The same will be true for the most feminine country in the world, Sweden; also there will men be more masculine than women.

A clear example is the following “Word Cloud“, which illustrates the use of words in Social Media of English-speaking men and women. 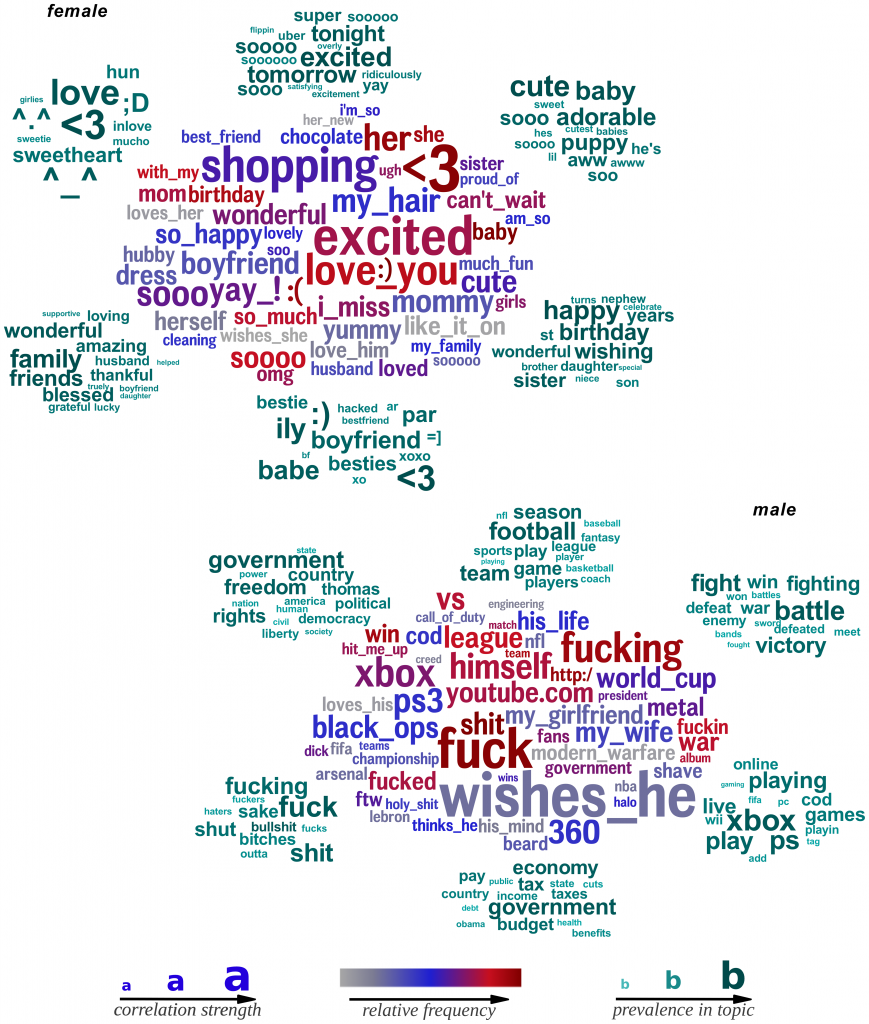 However, when you compare English-speaking women with Swedish women, you will still see that there is a big significant difference is between those two countries/groups when you look at the scores of these countries on this masculinity and femininity dimension.