072: History in the Eyes of Culture with Joseph Amato 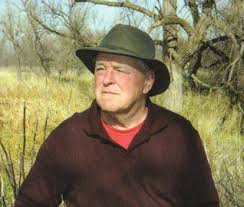 In 1969 Amato began teaching at Southwest Minnesota State University (SMSU) in Marshall, Minnesota where he was a founder and chair of the History Department.

He taught a range of courses in European intellectual and cultural history with a particular interest in the Middle Ages, Renaissance, German, Italian, and French histories and European rural life, as well as taught ethics and introductory social science courses.

Joe has given countless lectures and talks on a variety of subjects in the region, throughout the state, Midwest, and at national conferences.

Reading and speaking a variety of European languages—Italian, French, Russian, Spanish, and German (and some Biblical Greek)

He is widely traveled in Western Europe from the British Isles and the Netherlands to southern Italy, Greece, and Sicily.

His tips to become more culturally aware are: