This Cultural diversity case study describes the impact that cultural differences can have on a large multinational (travel) organization. It also covers the effect that cultural competence training can have to, ultimately, save time and money.

After following a two-day cultural competency workshop this is what came out:

The company name, numbers, and other specifics have been slightly modified to make it more suitable for describing this Cultural diversity case study.

Each had its own management, staff, planes (the bigger the source market, the more planes of course), etc. But they all flew to the 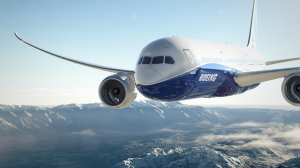 In 2015, the top management of the company decided that it was time for a major restructuring. This is to make the company ready for the future of demanding business and leisure travelers and also to better deal with increasing (low-cost) competitors.

In 2016 the HR department of Universal International Travel (UIT) distributed a questionnaire among its first three layers of management. From C-level management to Project management. This is to find out what specific skill needs their management still needed in order to facilitate this cross-border integration.

Most people were not so much against the new company structure. But they struggled with the different cultures they now had to deal with. For some reason colleagues from other companies acted strangely; replied in weird ways; didn’t work logically, were wasting time (yes, and money) by doing so.

Sandra, who worked in the London head office, contacted me to see if I could be of help to them. I could. We discussed at length what the objectives should be:

But not for everyone. For some people, it would suffice just to be aware of one’s own culture and a better understanding of other cultures. But for some, the level of knowledge should go deeper.

Some other workshops, shorter, were held in Spain, Turkey, Bangkok, Mexico, and Amsterdam.

We had good fun but also covered a lot of ground. Management finally realized that wishing an integration to happen doesn’t make it so.

Something must have been right about the design and execution of the workshops because soon after the first batch of workshops was given, other departments (Aviation, Accounting, Destinations, and IT) started requesting their workshops as well.

This real case study does not only pertain to the travel industry. Think about global regional companies like:

An article about how the travel business can benefit from cultural awareness can be found here.

The cultural divide between Boing and Airbus. Read the article here.