You’re on the website Culture Matters now. But what does this word “Culture” mean? Or better, in which context is it used on this website? 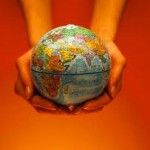 The two most important words in this definition are: Collective & Programming. Let me explain:

Capturing something as complex as Culture in one single sentence is pretty hard. So let me add a bit more.

Another way of describing culture is “The General Trend in Society”. See it like a so-called Normal Distribution or Bell-curve. 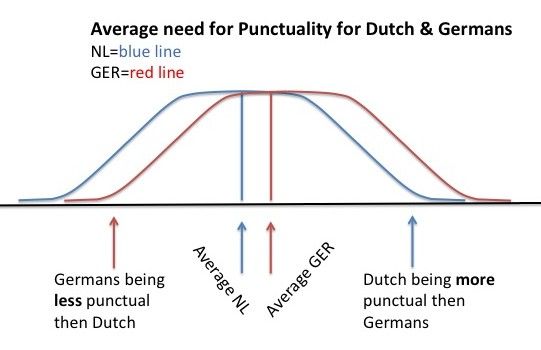 On the image above you can see the (schematic) illustration of the “need” for punctuality between Germans & Dutch.

It is safe to say that Germans have a higher need for punctuality then Dutch do. But, this is a General Trend in Society. Not all Germans are punctual, and not all Dutch are not punctual. There are Dutch that are more punctual than the average German, and vice versa.