Are the French “Autistic”?

Traveling From Belgium to France

Travel southeast down the valley of the Viroin and, just beyond the border, you find yourself traversing a 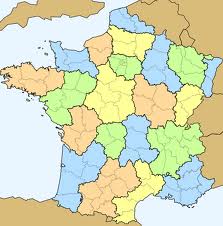 wasteland of scrubby hedgerows and bits of abandoned corrugated iron that shrieks “France“.

You are witnessing the combined effects of the centralism of French life and the ‘laissez-faire’ attitude of many of its inhabitants. The well-earned qualities of the French – intelligence, charm, esprit – are not that evident when you approach the country and the culture from the Belgian end.

The bad jokes told by the French also get in the way and, to the lasting chagrin of the Flemish, the northwestern corner of the country including the splendid city of Lille (Rijsel!) was taken away from them in 1713. But the very positive French characteristics of charm and intelligence are sustained by voluntary confinement to the ‘hothouse’ of French culture and what I would venture to call francisité.

French society, particularly the beau monde Parisien, is very hermetic. In her book Europeans Jane Kramer, European correspondent of The New Yorker, suggests the condition is linked to the French collective subconscious: “History… has a pedagogic function. It is only as ‘true’ as its usefulness in maintaining proper attitudes toward being French – including the fierce and oblivious identification Frenchmen have with France and with everything they mean by France.

Strangers tend to see that identification as nationalism or chauvinism, but it is much more primitive. A Frenchman identifies with France the same way he lifts his chin and sticks out his lower lip when he is puzzled – as a kind of reflex action.”

“The French Are an Autistic Nation“

Some people would go further. Rudolf von Thadden, a German government adviser on foreign policy, says “the French are an autistic nation.” Autism, according to my dictionary, is “absorption in imaginative activity directed by the thinker’s wishes, with loss of contact with reality.” It is associated with repetitive and compulsive behavior, undue focus on limited interests, and tends to impair relationships.

Well, yes. Autistic or not, the French are often excessively self-absorbed. Part of the problem is the difficulty of dissociating oneself as an individual from the concept of the nation: the Frenchman (but not always the Frenchwoman) is brought up to view himself as a personification of his country’s history and culture, whether that culture happens to be of the BCBG (bon chic bon genre) kind or of the steack-et-frites variety. One cause of French autism is inevitably the weight of history, another is the sheer size, variety, and beauty of ‘the Hexagon’ as the French choose to call their country.

They have little reason to holiday abroad and, in the words of Catherine Wihtol de Wenden, director of the French Centre for International Research (CERI), “there is always the idea that if you go elsewhere, it is because you are running away from a problem, that you have an adventurous side and that you are not really serious.”

The net result of all this is that France has the most hermetic society of any western European country. Thanks to this hermeticism – and the inevitable historical myth-making that is characteristic of all European nations, west, and east – the French have been out of touch with much of the rest of the world for a very long time.

They tend to sneer high-mindedly at Belgians, their little northern neighbors with the funny accents. Belgian filmmaker Yolande Moreau’s experience is typical: “We used to be looked on as clods and Belgian cinema was snubbed, but since the Dardenne brothers, we’ve come up in the world.” Ultimately justice is done. René Descartes evidently never realized what he was doing to the French. The Cartesian virus was potent and tenacious, spreading throughout the higher levels of French society (the Frenchman-in-the-street, by contrast, is infected with a much more basic appreciation of what matters in life, namely himself to the exclusion of others).

Richard Bernstein, the author of Fragile Glory, commented in a column in the International Herald Tribune that “French thinkers have been caught many times in the past having ideas more or less independent of any empirical basis – preferring lofty Cartesian speculation to fact-finding, or expecting reality to conform to concept rather than the other way around.” Gallic deductive thinking, as opposed to the inductive approach of the Belgians and the Anglo-Saxons, puts concept before common sense. When told that one of his bridges had collapsed, a French engineer simply retorted “c’est impossible!”.

Being supreme pragmatists, you Belgians are capable of changing your minds when the evidence demands it. As I found when researching for my second book, EuroManagers & Martians, while a German will think changing one’s mind on something important is a bad thing, the educated French person will think it’s a virtue because it shows that he or she has a lively and productive brain.

This is also a symptom of French skepticism – a condition that I suspect may indeed precede Descartes, and which can deteriorate at time into mild suspicion or downright mistrust. It reflects a continual questioning or, as some foreigners would prefer to say, insecurity. An American observer suggested that, if Shakespeare had been French, he would have had Hamlet say: “Être, ou ne pas être, telle est la question… mais la question est mal formulée.” (to be or not to be, that is the question… but the question is ill stated…)

Other articles by Richard Hill can be found here (Turkey, Europe, Belgium.